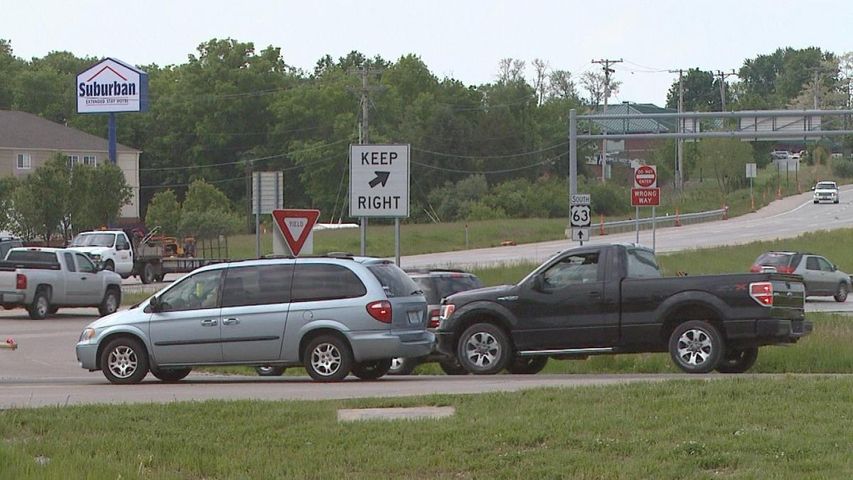 COLUMBIA - We all have that intersection in town we try to avoid, but as Columbia grows, the chances of avoiding that congestion are evaporating. Now, some of that traffic is moving to what were once back roads.

For more than 50 years, Wayne Behymer has lived off of one of those back roads, Rolling Hills Road near Columbia's city limits. The view off of his front porch has always been the same, until recently. Now, it includes more wheels.

"It really hasn't bothered me a whole lot. I'd rather have the increased traffic and no dust," Behymer said.

The extra traffic is thanks to growing neighborhoods on the southeast side of Columbia. Anticipating the traffic, the county paved and widened Rolling Hills Road a few years ago.

"We saw our roads change a great deal. When we moved here it was gravel road. Dusty after two or three days or no rain," Behymer said. But he added not all of the roads in the area are ready to handle the growing congestion.

"There's an horrendous amount of traffic on WW," he said. "It's windy, hilly, narrow. If you had a flat tire in most places you just can't get out of the right away completely, so it needs improvement."

Columbia's Traffic Engineer Scott Bitterman said the city's got ideas to deal with the growing traffic in its 2015 Capital Improvement Plan, if voters go along with it.

"The obstacle would be if the voters didn't approve the 2015 initiative that would take a lot of the available funding to improve roadways and safety," he said. Bitterman expects voters will see the 2015 plan on a ballot sometimes in Fall 2015. Below are some examples of projects listed in that initiative.

Right now, Stadium eastbound dead ends after it passes under Highway 63. The city and state hope that extending this road will help with one of the biggest traffic headaches in town.

"Well one of the most congested areas in Columbia is the interchange between US 63 and I-70, so providing that expressway Stadium blvd extension, us 63 up to instate 70 that's going to provide another way for motorists to avoid that congested area," Bitterman said.

Behymer likes that idea, too, "That would decrease traffic off of Rolling Hills Road."

It would leave his front porch view a little less busy and a little more serene.

Other future projects include making improvements to the Forum Boulevard and Green Meadows intersection and to the Chapel Hill and Fairview intersection.