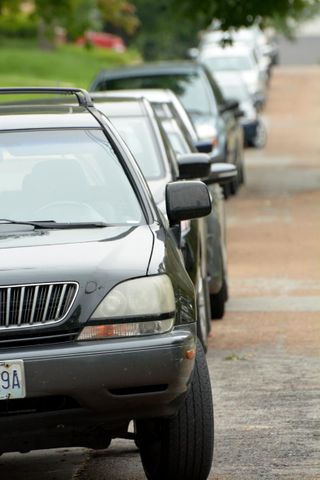 COLUMBIA - After several months of no activity, the city of Columbia will hire a coordinator to help manage East Campus parking.

Public Information Specialist Steve Sapp said residents complain neighborhood streets east of campus are being used as parking for MU students. They said this is taking away spots for residents who actually live in East Campus.

Amy Drage has lived on East Campus for 18 years.

She said she is not necessarily a fan for new permit parking because she does not want to pay extra money.

"We have six drivers in my house and I think we have to pay per permit so that's just going to be another expense," Drage said.

Drage said this year her street has been the most crowded she has ever seen it. She blames it on the two new apartment buildings right across the street from her house.

"We watch people sometimes and wonder where they live, and they all walk different places," Drage said.

One MU student who moved to East Campus this year said she is really frustrated.

"I pay rent to live on east campus and assume I can park in front of my own house. It's just really frustrating whenever I have to park a block away just to get home, especially late at night when it is dangerous to walk home alone," Anya Anokhin said.

She said she hopes the city figures out a fair way to fix the parking problem so everyone who lives there can park.

Sapp said they plan to have this person hired by the end of September and hope to have another meeting within the next couple of weeks.

Below: Residents park their cars on the streets of East Campus in Columbia, Missouri on Sept. 17, 2014. The City of Columbia is appointing an official to add parking permits or parking meters for the area.