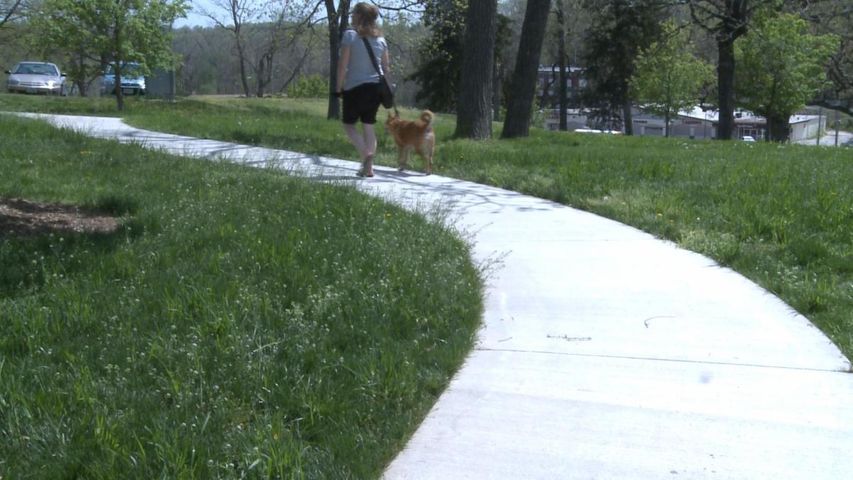 COLUMBIA - The Columbia Parks and Recreation Department is collecting public input on a master plan that addressing park and trail acquisitions. The 2013 Parks, Recreation and Open Space Master Plan will serve as a guide for the development of parks and recreational facilities over the next ten years in Columbia. The plan proposes 22 new neighborhood parks and 20 new trail projects, as well as new facilities in existing parks.

Matt Boehner, senior parks planner for Columbia Parks and Recreation, said the plan has received a great response and the comments from the public are mostly positive so far. People like many of the improvement for the parks and trails.

Katy Green, a resident living in northern Columbia, said she and her family come to Stephens Lake Park regularly and would love to see a trail connecting her neighborhood to the park.

"I know a lot of people come through here, and we will be one of them that come out on the trails when the weather gets nice. It could be a weekend activities that we would do, if there were a trail available. We might come down on a weekend, just take a day and walk," Green said.

Jeanine Pagan, a local resident, said the master plan has many good ideas on developing community facilities including adding winter sports parks, bike parks and dog parks. But she said she did not like some trail projects because they cost too much money and would not be used that much.

According to the master plan, the cost of trail development will be about $1.2 million per mile. Boehner said some people don't appreciate trail projects right way, but it is a process of working with the nature, and would eventually benefit the community. He said trails provide alternative modes of transportation for commuters and also benefit economic development.

"The MKT was not a popular trail during the planning of it, but it is now a nationally-known connector. Students use it on a daily basis to get to class; commuters use it to get to work. And just weekend recreation use is also very popular as well," Boehner said.

Green said it would be great to have a trail if the city has the extra money.

"It is a good project, definitely. But if there are other things that need to take as priority, maybe they should look at that first. I think people would appreciate it, but maybe not, if it is being used instead of doing some other improvements that need to be done," Green said.

The Parks and Recreation Department had a public input meeting Wednesday, but still encourages the public to submit comment on the city's website. It plans to present the master plan to the city council for a decision later this year.