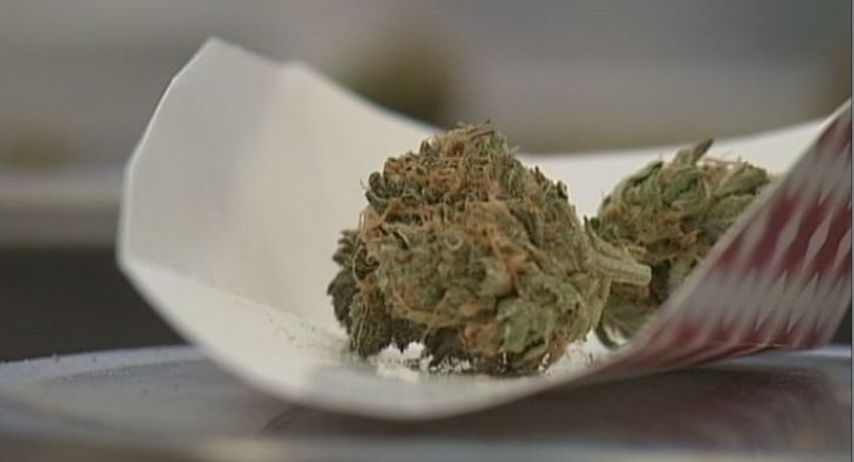 COLUMBIA - For attorney Dan Viets, the question of full legalization of marijuana for Missourians isn't whether it will happen, but when.

Citing public opinion polls, like a recent survey by Gallup showing more than 58% of Americans favor legalizing the drug, Viets is teaming up with state Rep. Chris Kelly, D-Columbia, to try and bring the issue to the floors of the Missouri statehouse.

"I've known Chris for more than 40 years and he's a very smart guy," Viets said. "I think he simply realizes this is an issue whose time has come. It's a change that is so rapid and accelerating that it makes legalization virtually inevitable."

Viets, who is also a chairman for the group Show-Me Cannabis, spearheaded the 2004 campaign that resulted in medical marijuana being decriminalized in Columbia and reduced penalties for marijuana possession under 35 grams.

Those caught with pot face no possibility of arrest or incarceration, the penalty is more akin to a parking ticket handled in civil court, rather than criminal court.

"The fact is, a relatively small percentage of people who use marijuana get caught," Viets said. "But in terms of the amount of public resources wasted on the prosecution of those people and disruption to their lives and lost income potential, it is an important issue to everyone in our society."

Kelly recently announced he would not seek re-election for the Missouri House of Representatives. He said he would bring the issue up as one of several last legislative ventures in the upcoming session.

"In my seven years as a judge, I saw lots and lots of money being spent on the enforcement of the war on drugs, specifically with regard to marijuana," Kelly said. "We haven't stopped one person from smoking one joint."

Kelly said he doesn't expect any legalization legislation he introduces to gain much traction in the Republican-dominated chambers.

"At this stage, I think it's mostly an educational effort," Kelly said. "I don't harbor any illusions that we'd be able to get this done in one year."

Two House bills dealing with medical marijuana and reduced criminal penalties for marijuana possession failed to make it to the House floor in the 2013 legislative session.

But Viets said he is more optimistic. He said polls showing significant advances in approval from Republicans are creating an atmosphere where such a measure could make great strides. "I like to call them the Tea Pot Partiers."

But in the ongoing conversations over legalization, there are voices of concern as well.

Ryan Worley is the coordinator for the Youth Community Coalition, a collection of agencies, families and businesses that work to protect and improve youths' lives in Columbia. He said youth are more than often excluded from arguments about legalizing pot.

"Whether it's marijuana, tobacco, alcohol, or other things, there's a pretty universal agreement that those things are not good for our young people," Worley said.

"We don't want to be a culture where we are unnecessarily or unjustly imprisoning people or doing that in an unwise or unrealistic manner," he said. "But at the same time we don't want to be promoting behaviors that are universally seen not to be healthy for people."

Worley said Columbia's decision to lessen penalties for marijuana possession were beneficial in reforming a system that can sometimes hand down unjust punishments. But he said it didn't have a positive effect on the amount of kids choosing to smoke pot.

"One of the easiest trends to understand and predict in youth substance abuse behavior is that availability will drive abuse," Worley said. "In states that have made it legal, we see this kind of phenomenon with legal substances because they tend to be more available."

Benton Berigan, president of the MU chapter of the National Organization for the Reform of Marijuana Laws (NORML), said the drug's association with a criminal element stems from a history of misinformation.

Berigan said legalization could help counter marijuana's reputation as a "gateway drug" that leads to use of harder substances.

"The fact that marijuana is illegal means it has to be sold in a black market scenario," Berigan said. "That means the same person giving users access to marijuana can give them the other drugs."

Berigan is working with Viets in the push for legalization in the state, but first the two are looking to amend Columbia's current ordinance in order to address the black market issue.

The two are pushing the City Council to find a way patients with a physician's note would be able to cultivate their own cannabis plants.

Berigan and Viets will make statements on the measure in front of the City Council Monday, offering some of the same arguments that are swaying opinion on a national scale.

Viets said, if no action is taken by lawmakers, the people of Missouri could take on the responsibility of changing the rules themselves, with a ballot initiative.

Viets said he is planning to conduct a poll of Missourians to determine the best approach for making that happen.

He began a similar effort in 2011, but was unable to generate enough signatures on the petition to add the proposal to Missouri's ballots.

Viets said it will be difficult to generate enough signatures ahead of the 2014 elections. But he said he believes by 2016, Missouri voters will have a chance to decide whether marijuana should be legal for non-medical use.