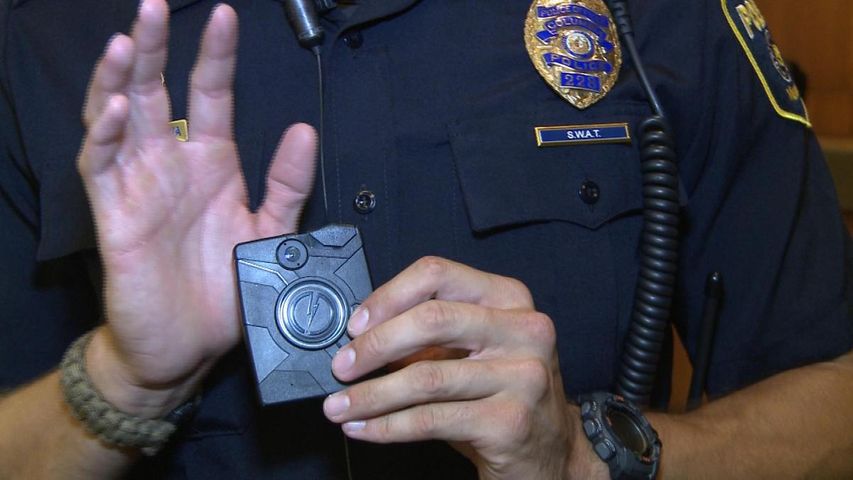 CPD officers will now where a body attachable camera. The camera will record every interaction between an officer and a person.

One of the first officers to test the equipment said he has worn a "Taser AXON body camera" for more than two years. Officer Ryan Terranova also said the camera is beneficial in many ways.

"It helps with report writing, something that I might have forgot I saw or heard, I can go back and watch my video that same night," said Officer Terranova. "It makes the officer better, it's training all the time."

The department purchased 102 new body cameras, allowing every officer to have one for every patrol worked.

"I think all law enforcement agencies should be required to get them," said Joesph Trueblood on KOMU 8's Facebook page.

Another viewer's post said the technology is ""double edged sword, not appropriate."

The video recorded is stored for 60 days after its recording on Evidence.com, a video storage web service, unless the prosecutor files charges. In that case, the footage will be retained as long as needed.

"A great start as long as the officers arent allowed to turn them off, and dont have a way to "lose" the footage it generates," said another viewer, Corey Wyrd, online.

CPD said the money for the technology came from cost savings in the 2012 budget. The cameras, hardware, installation and Evidence.com licenses service cost the department  $110,000.

A yearly subscription to Evidence.com also costs the department $40,000.