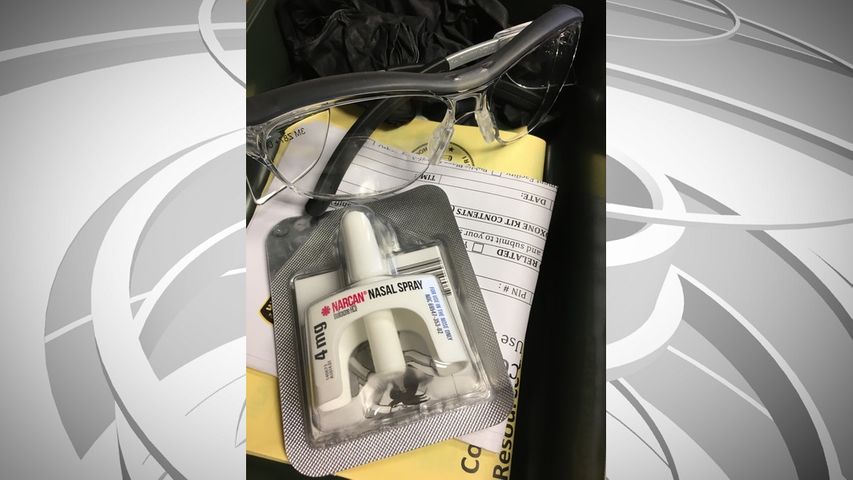 COLUMBIA - Police now have 75 kits with the opioid overdose reversal medication naloxone, which is also known as Narcan.

Columbia officers have been trained over the past few months in how to use the nasal spray.

The National Council on Alcoholism and Drug Abuse trained the officers. In the future, officers will be able to train others who have not received it and new officers as they are hired.

Lt. Krista Shouse-Jones for the Columbia Police Department said the plan is to equip new officers with the kits as they are hired.

NARCAN reverses the effects of an opioid overdose. Opioid overdoses cause respiratory arrest first, and NARCAN allows the patient to breathe on their own and possibly wake up, according to Boone County Fire Protection District Assistant Chief Gale Blomenkamp.

"This could potentially save lives, and our officers will just have another tool at their disposal that they can use when they're sent to calls related to overdoses," Lt. Krista Shouse-Jones for the Columbia Police Department said.

A grant from the Missouri Opioid-Heroin Overdose Prevention and Education Project, or MO-HOPE, funded the kits for the police department, Columbia police said in a news release.

The kits include a dose of naloxone nasal spray, gloves, safety glasses, instructions, naloxone use report and resource guides for services that assist with narcotics addiction, police said.

Since Jan 1., police have been dispatched to over 200 overdoses in the city, though overdoses are not specific to opioids and include alcohol or other narcotics.

The Columbia Fire Department said it had administered 21 doses of naloxone since firefighters began carrying it in January.

Boone County Fire Protection District has been carrying naloxone for over two years, according to Assistant Chief Gale Blomenkamp. He estimated they have used it over 30 times.

"NARCAN is a drug that needs to be in the hands of whoever can arrive first," Blomenkamp said.

Shouse-Jones mentioned officers' response times are not as low as the fire department or ambulances' response times, so the potential that an officer would be a first responder and use it is low. However, there are times when officers are close by or a situation must be stabilized by an officer before fire or medics can go in, and for that reason, naloxone is important, she said.

"There are still those times that they could be the first ones there, or they could be in the position to give it the fastest, and if that means it saves one person's life, then that's worth that," Shouse-Jones said.