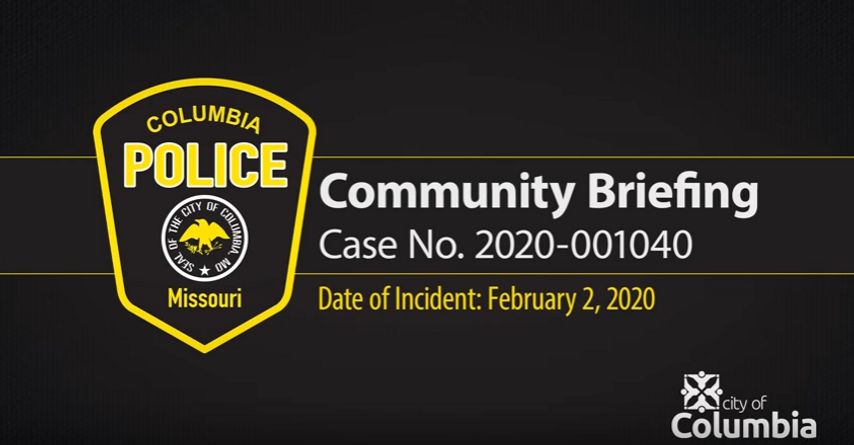 The 10-minute video addressed criticism and details of a fatal shooting that occurred on Feb. 2 outside Vibez Lounge. This was the first time CPD has published a video of this type.

In an emailed statement to KOMU 8 News, Chief Jones said this was a new strategy to share information with the public.

"CPD chose to do a community briefing video because we realize this is one way we can share factual information with the public," he said.

Chief Jones also said the strategy will most likely be used again.

"CPD will continue to publish videos like this in the future," he said in the emailed statement. "This is part of our strategy to continually increase transparency and improve communication lines with the public."

The police department said it is too early to determine what types of cases will be covered in future community briefing videos, but noted that "all of the cases will be of public interest."

The shooting that occurred outside Vibez followed a fight, which turned deadly when 34-year-old club security guard Tershawn Kitchen tried to break up the fight. An unidentified woman was also injured at the scene.

The department arrested 36-year-old Curtis Allen Lewis in connection to the shooting.

Since the shooting, Vibez has criticized CPD's conduct before and after the shooting. On the lounge's website, a post claimed that CPD could have done more to prevent the shooting.

The statement said in part, "CPD witnessed the fight that happened, as they were on the scene, but didn't move to assist our staff and the local citizens until the shooting started."

After the post was made on the Vibez website, a CPD spokesperson told KOMU 8 that the department was "committed to looking into the concerns that were raised."

CPD officials said no video relating to this specific case can be released at this time.