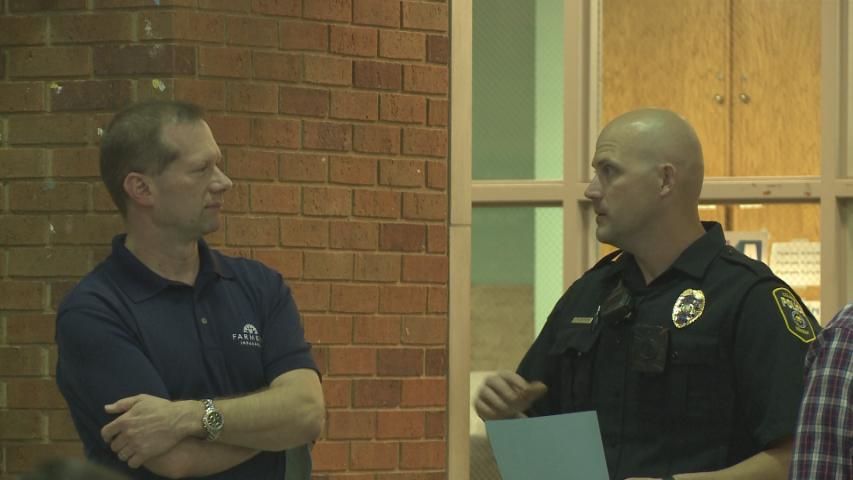 Last fall, CPD sent two officers to the Douglass Park area to get to know neighbors. After seeing success there, police decided to continue those efforts throughout the rest of Columbia.

A source told KOMU 8 News she'd heard about the program in passing. After following up with police, KOMU 8 News discovered the program is so new that one of two officers assigned to the unit started work on the team Tuesday.

Officer Renee Wilbarger said most officers on patrol are too busy answering calls to really connect with people on the street.

"In this unit I have the ability to sit down across the kitchen table and have a cup of coffee and discuss concerns that they might have that they can't share with someone else," Wilbarger said.

"The police department really does need the help of the citizens, and we're here and willing to listen to any suggestions anybody has for us," Anthony said.

Specific strategies have not been decided yet, as the program is still in its infancy. But Anthony and Wilbarger said they plan on walking streets, talking to folks, and asking what people want to see from their local law enforcement.

"In order to make positive changes, we have to know what the concerns of the community are, and we really need people to contact us to tell us what their thoughts are," Wilbarger said. "Even if it's just for five minutes, just give us a call, meet up with us somewhere, and let us know what your thoughts and feelings are."

Columbia Neighborhood Watch is hosting a training session for people who want to get involved in community policing. Wilbarger and Anthony said this is one of many groups they want to engage to get feedback. Training starts at 7 p.m. Wednesday night at Mill Creek Elementary.