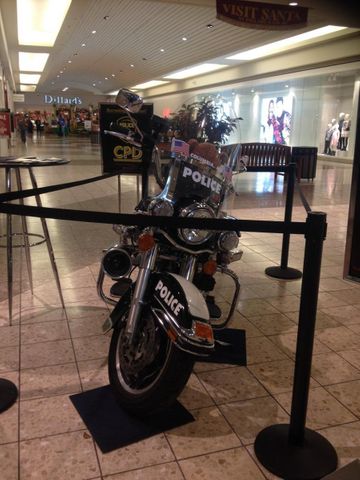 COLUMBIA - The Columbia Police Department is changing its efforts to recruit more police officers, including a new billboard advertisement and display at the Columbia Mall.

CPD set up a police motorcycle display at the Columbia Mall on Monday with hopes to recruit qualified individuals to the department.

Police Sergeant Chad Craig said there are nine positions to fill since officers have recently retired.

Craig said the department is able to do more things with more officers, and not just go from call to call, which is what's currently happening.

"Right now our staffing numbers are low and it does affect our response time for calls of service and our ability to invest in the community in programs such as proactive policing," he said.

Other initiatives the CPD will do include:
• Attending job fairs
• Sending recruiting officers to college campuses and military bases
• Shooting videos for YouTube
• Hosting open houses
• Advertising through billboards and displays
• Advertising in local media outlets

"I wouldn't say we are aggressively recruiting, but we are stepping up measures to reach that point," Craig said. "We want to get the word out that we're looking for good quality people to join us at the department."

Craig said students are one of the primary focus groups to recruit because education is an important asset to the department.

"They at least have a strong knowledge base to draw from whenever it comes to making crucial decisions, understanding the law, understanding the policy of our department so that way they're better prepared to do the right thing," Craig said.

"While recruiting on college campuses means the age group that we're recruiting are fairly young, meaning in their early 20s, and they don't have as extensive life experience as somebody who is older, we find that the education does help offset that," Craig said.

Craig said new recruits will undergo training before they are allowed to perform fieldwork.

"We do send them to police academy if they have not had it and they have an extensive field training program here at the department once they do complete that academy training experience," Craig said. "Roughly it takes approximately 8-9 months to complete both the academy and field training before we release them on the street to operate as an individual officer."

Efforts to recruit officers will last as long as there are open positions.