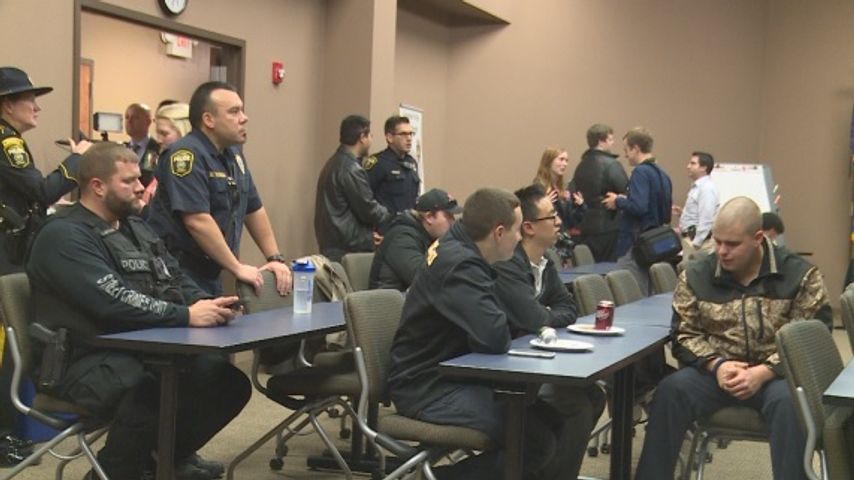 COLUMBIA - The Columbia Police Department hosted an open house for people interested in a career in law enforcement on Thursday.

Currently, CPD is looking to fill in nine positions, but it says those positions were available before the results of Proposition 1.

Proposition 1 failed at the polls Tuesday. It would have increased property taxes, with the funds being used for extra staffing for the Columbia Police and Fire Departments.

Lieutenant Geoff Jones said in any department, individuals retire or move on to other jobs, which creates openings in the department. KOMU 8 asked how the department could pay for more employees when it didn't get additional funding from the proposition.

"We have have had those positions prior to Prop 1, during Prop 1, and we actually planned this Open House prior to Prop 1," Jones said. "Our recruiting efforts go on regardless of whatever outside influences there are."

The Columbia Police Department said the nine positions from the career open house were open all year and were funded regardless of Proposition 1. The proposition would have funded an additional 40 officers on top of those nine.

Representatives from various units were at the open house including Training and Recruiting, SWAT, K-9 Unit, Crisis Negotiation Team, Traffic Unit, and Patrol.

Staff members said the open house was primarily for educating guests who have an interest in joining.

"We want people to know what they are getting into before they apply to become a police officer since it is a unique job," Jones said.

Currently, the department is working on getting job applications online. It hopes to start the hiring process by the beginning of December.

A group of Columbia police officers gathers before the Columbia Police Department's open house in Columbia, Missouri, on Thursday, Nov. 6, 2014. Officers and detectives greeted and provided information about a career in law enforcement to interested parties. (KOMU/Josh Matejka)

Mike Lederle of Columbia College speaks with a prospective student on Thursday, Nov. 6, 2014. Lederle, a retired member of the Columbia Police Department, was a representative for Columbia College at the open house in Columbia, Missouri. (KOMU/Josh Matejka)

Russell Logan flips through informational material from the Columbia Police Department on Thursday, Nov. 6 2014. Logan, who came at the suggestion of one of his teachers, was one of many students that attended the open house in Columbia, Mo. (KOMU/Josh Matejka)

Scott Hedrick prepares for a K-9 demonstration at the Columbia Police Department recruitment event on Thursday, Nov. 6, 2014, in Columbia, Missouri. Hedrick is a sergeant with the K-9 unit and wore a bite suit. (KOMU/Kaileen Gaul)