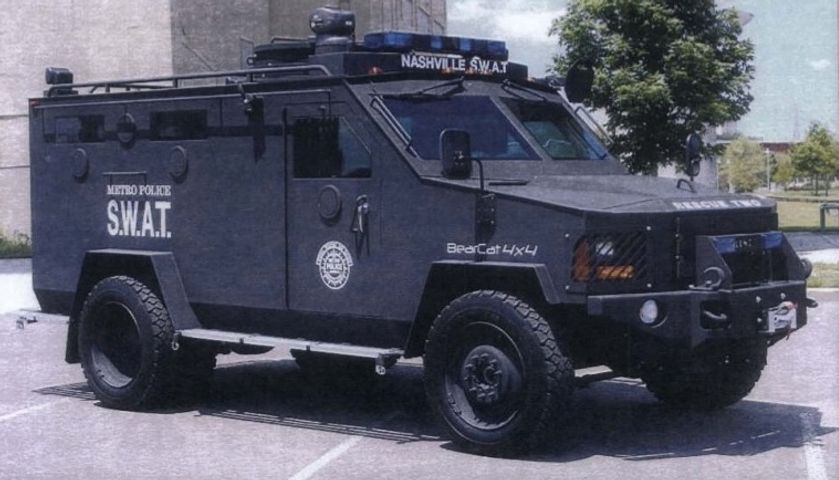 COLUMBIA - The Columbia Police Department made plans Tuesday to purchase a new $227,587 military style vehicle after the city council approved the funding at Monday night's meeting.

Sgt. Lance Bolinger with the Columbia Police Department said the current vehicle, a 1981 Cadillac Gage Peacekeeper, is no longer in service. He said the new vehicle, called a BearCat, will better protect officers and civilians.

Bolinger said the current vehicle is not worth repairing. He said the new vehicle also provides better protection against certain types of gunfire, like rifles.

"The vehicle is 32 years old and as we know with any type of vehicle, when you start getting that type of age on it, the reliability of it just really comes into question," Bolinger said. "The other thing that the new vehicle provides that this one does not is a higher degree of ballistic protection."

The money for the vehicle is coming from several different funds, including the controversial asset forfeiture fund that seizes assets from crime suspects.

About $36,000 for the purchase will come from the asset forfeiture fund, which one local group opposes. Treasurer of Keep Columbia Free Jim Chappelow disagrees with the asset forfeiture process and said the money in that fund should go toward education. However, he said the new vehicle issue helped raise awareness for what he calls a larger issue.

"I was encouraged by what we saw last night. It was unfortunate that they passed the measure as it was, but we started the larger conversation and the city council seems to be sharing our concerns with the civil liberties issues and will need to work going forward on really reviewing what's going on with the assets forfeiture process," Chappelow said.

Chappelow said he is also concerned that vehicles like the BearCat could be used as an intimidation tool.

"We've seen an increasing trend over the years, centered around the war on drugs and with the Department of Homeland Security as well, that domestic police forces are becoming more and more militarized, heavier weapons, more military training, and along with that comes the danger of taking the attitude of 'us' versus 'them,' of people being the enemy," Chappelow said.

However, Chappelow agreed that the police department intends to use the new particular vehicle primarily for officer protection during high-threat, defensive situations.

Bolinger said the department plans to put the new vehicle into use within the next six months.