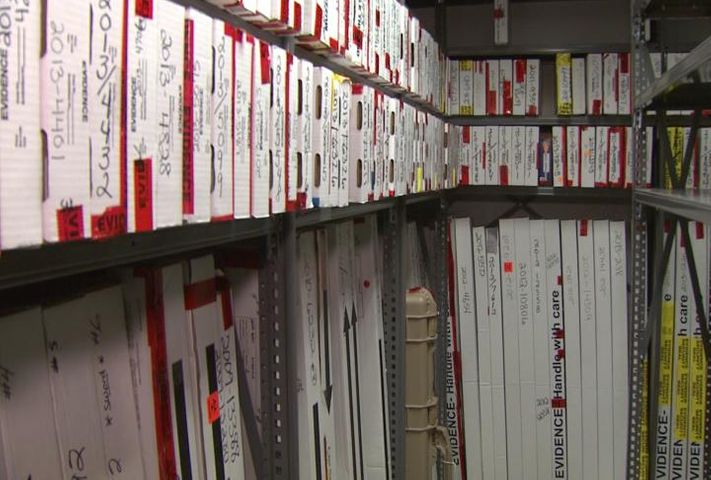 COLUMBIA - The Columbia Police Department Evidence Unit is expanding and upgrading with additional rooms and new ways of organizing evidence.

Sergeant Daniel Beckman said workers tore down a wall separating the evidence unit and a shift meeting room. The evidence unit took over the old meeting room and Beckman said the department added two new specialized rooms. Beckman said because the department is still finishing the expansion and upgrade, he doesn't know how much it will cost yet. But he said the city appropriated $65,000 for the building remodel. Beckman estimated it would cost within $5,000 of the appropriated money.

One specialized room is locked at all times and stores guns. Beckman said some guns in the room are part of ongoing investigations, but some may be part of closed cases. Sometimes, once the department is finished with the gun, it is returned to the owner, but if the owner used it in a violent way or didn't follow other laws, the department destroys it.

The second specialized room is for narcotics and has a specific ventilation system to let odors go into the police garage and outdoors, instead of throughout the department. Beckman said the evidence kept in the room is never returned, since it is often illegally used.

Beckman said another addition to the evidence unit is the new heating and cooling system. The system is used only in the unit to keep air separate from the rest of the building.

Right now, Heater said the unit uses paper and electronic records of all evidence. Beckman said the new system in the works will allow the unit to go paperless. Heater said that change would be great because paper records can get lost or misfiled. She said those issues have happened before.

Overall, Beckman stressed organization as the main change and benefit of the upgrade. Evidence is filed by record number and there are several rolling shelves that hold more evidence in a cleaner way. He said at this point, the unit holds roughly 50,000 to 70,000 pieces of evidence.