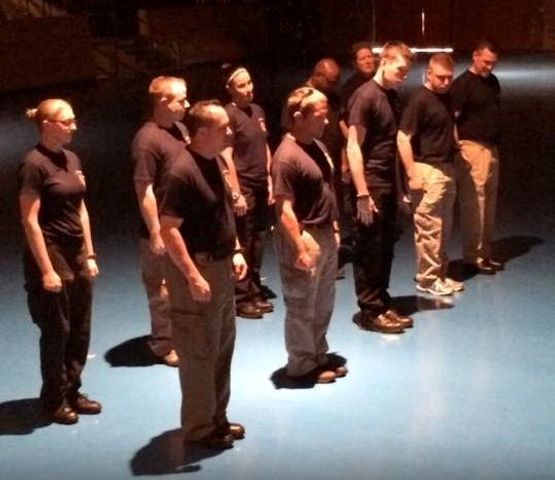 While in the nation's capital, the Honor Guard will meet with members of the Old Guard, the oldest active-duty infantry unit in the Army. The group will learn techniques to better their craft when performing ceremonial duties across Columbia and Missouri. The Columbia group will watch the Old Guard perform some of its famous drill techniques and rifle work.

The Old Guard, which has been serving since 1784, is the Army's official ceremonial unit and escort to the president, and it also provides security for Washington, D.C., in time of national emergency or civil disturbance.

The Columbia Police Department's Honor Guard was selected as one of few honor guards nationwide to train with the Old Guard. The honor guard will spend most of its time in Fort Myer, Va., for the week-long training.

The training coincides with National Police Week in Washington, where thousands of officers converge to honor fallen officers.

In 2005, Officer Molly Bowden was honored at the event after her passing in February of that year.  2015 marks the tenth anniversary of her death.

The Columbia Police Department Honor Guard consists of volunteers who represent the police department at a wide variety of functions. The CPD Honor Guard provides services for special events, promotions, retirements, and funerals.