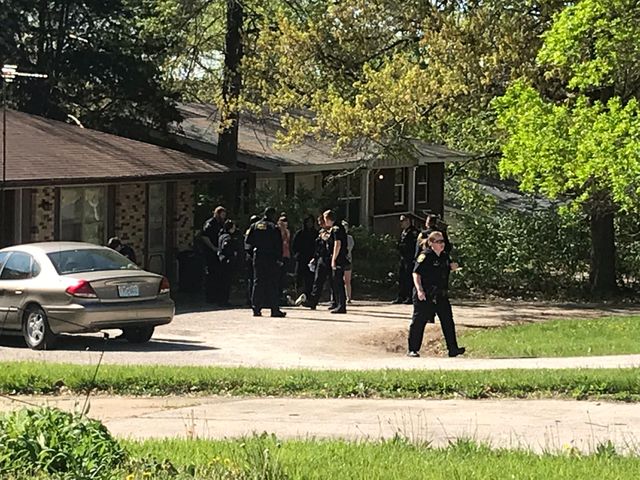 Ten police units were seen Friday morning on Dawn Ridge Road. A sergeant on scene said no one was hurt.

Police were dispatched around 9:30 a.m., according to spokesman Jeff Pitts.

He confirmed two people involved in the incident were taken into custody.

I’m counting 10 police cars responding to an incident on Dawn Bridge Rd. in Columbia. It appears at least 3 people were taken in custody. I’m working on getting more information. @KOMUnews pic.twitter.com/0eF9LHBRQ3

Some people in handcuffs got into this police car in front of the house. Another woman was taken to a separate police car. @KOMUnews pic.twitter.com/NySOa2JPS5

Sgt. on the scene just confirmed it was shots fired, but nobody was hurt. @KOMUnews