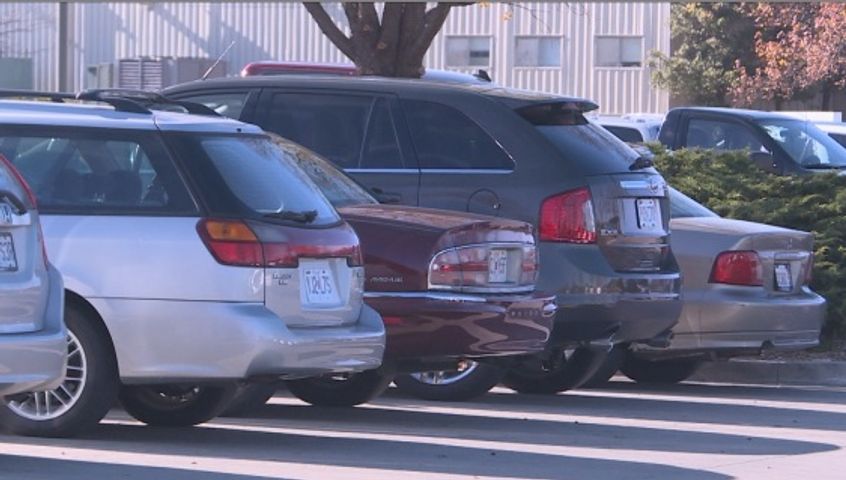 COLUMBIA - The Columbia Police Department is investigating a string of five vehicle break-ins at three different fitness centers around Columbia.

The department received the calls Wednesday all within 9 a.m. and noon. All of the vehicles windows were broken into.

"We usually see vehicles being broken into but it's because the car is unlocked, not where the windows were actually smashed and something is taken," Stroer said.

The break-ins happened at Activity Recreation Center, All Group Fitness and Pro Fitness in Columbia.

An employee with Activity Recreation Center told KOMU 8 News two cars were broken into in the lot Wednesday. The employee said the parking lot does not have any security cameras outside, making ARC an easy target.

ARC member Max Sell said he was working out when the break-ins occurred, but was unaware of the them until Thursday.

"I just observed a trainer and a policeman upstairs looking around while I was working out," Sell said.

Sell said the break-ins do not concern him much.

"People are usually here in the daytime but they should take normal precautions. Take anything you have in your vehicle that's valuable out of sight and keep it locked," he said.

Stroer said the department is unsure why the thieves were targeting fitness centers, but warns people break-ins are more common this time of year.

"If you are shopping for long periods of time and you have to take your packages out to your vehicle, put those packages in your trunk and then move your vehicle to a different location at the mall, so that makes the suspect who is watching you take your items to the vehicle, they believe that you're actually leaving and not staying," she said.

The department also recommends to never leave any personal information like checkbooks or social security cars in your cars.

If anyone has any information about the individual or individuals involved in the vehicle break-ins, contact the Columbia Police Department.