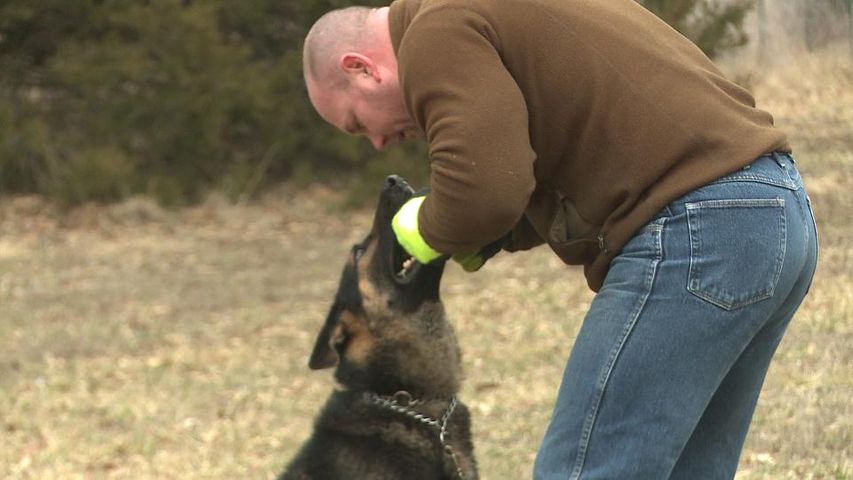 Columbia Police Chief Ken Burton fired Sanders in 2011 for allegedly using excessive force against a prisoner. Since then, he's been fighting to get ownership of his former police dog, Fano. In January, the City of Columbia sold Fano to the Clarence, Missouri police chief for $1. But the chief tells KOMU-8 News Fano wasn't a good fit so he sold him to Ashland Police Officer Terry Toalson. Toalson happens to be friends with Sanders and gave him Fano for free Monday.

"It almost looks punitive on the part of the city that they didn't want Rob to have that dog," said Dale Roberts, executive director of the Columbia Police Officers Association.

Roberts says Fano came at a hefty price. Taxpayers pay for everything from training to maintaining to kenneling a police trained dog. Fano spent 17 months in a Cape Girardeau kennel costing Columbia $15 a day, totaling nearly $8,000. Facebook fans of Fano reached out to the city, promising more than $10,000 to buy the dog. But the Columbia Police Department refused, citing liability issues for selling a trained police dog to civilians. The website policeone.com estimates a police dog trained for patrol and narcotics costs between $8,000-$10,000 a year.

"18 months and $18,000 later he's finally back where he belongs. we're very happy about it. I think everybody is," Roberts said.

Meanwhile, Sanders says it's been an emotional two days having Fano back home. "Getting my partner back, getting basically a family member back and it's been very moving," he said. "Fano's back, he's back at home, it's quite frankly a miracle for our family to have him back."

Sanders said his fight isn't over. He currently faces a third degree assault charge stemming from the alleged incident of excessive force. He also says he plans to try to get his old job back with the internal personnel board.

KOMU-8 News reached out to City Manager Mike Matthes and Chief Burton but both were unavailable for comment.