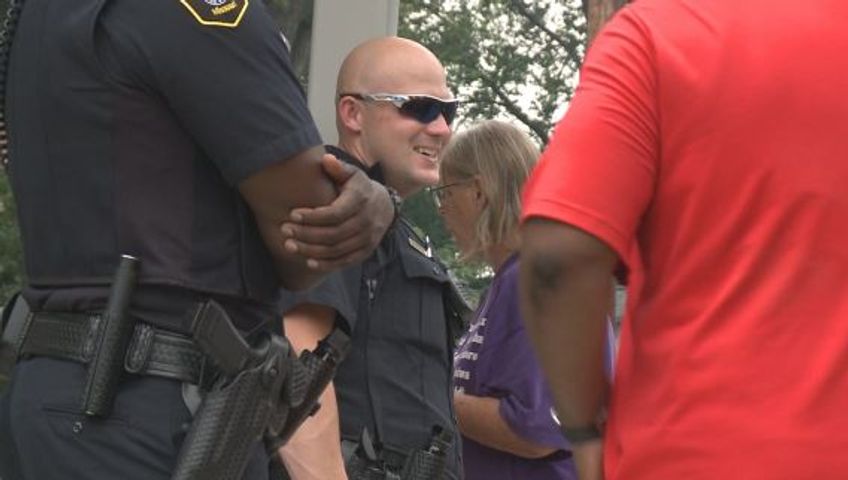 COLUMBIA - Columbia police officers had the opportunity to build better relationships with community members Tuesday for National Night Out.

"National Night Out is an annual community-building campaign that promotes police-community partnerships and neighborhood camaraderie to make our neighborhoods safer, better places to live," according to the national campaign's website.

Neighborhoods in Columbia were able to register with the police department if they wanted to participate in the event. Participating neighborhoods held barbeques and ice cream socials that police officers visited to hang out with community members.

At the corner of Forest Avenue and Grand Avenue, around twenty-five people showed up for free food and drinks. Councilman Clyde Ruffin also made an appearance and thanked everyone for coming out. He mentioned a shooting that had taken place at the very spot they were celebrating that night.

President of the Ridgeway Neighborhood Assocation, Michael Maw, said events like these are especially important after crime happened.

"This is right where shootings took place over the last few months and so we wanted to make sure that we were having a really very neighbor-focused, community-focused activity where people can feel safe and be here," Maw said, "just to try to say 'we're not going to be afraid. This is our neighborhood and we love living here.'"

This is the 30th year the Columbia Police Department and Neighborhood Watch Association have particpated in National Night out.