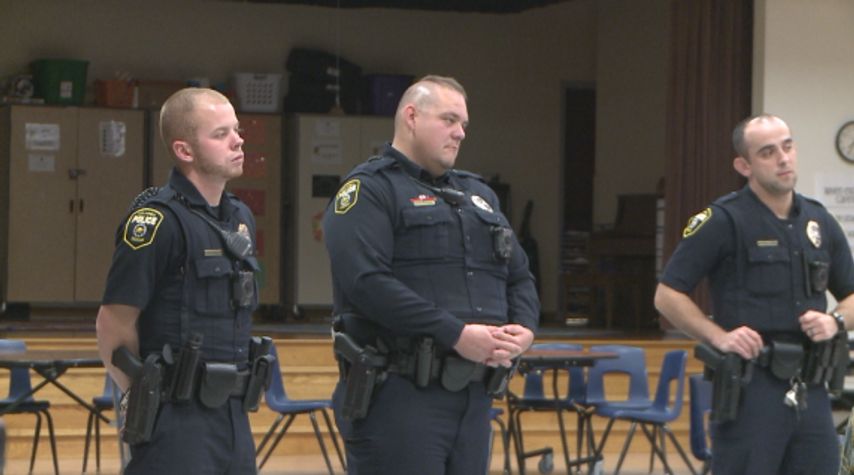 COLUMBIA - Police officers met with community members during their Building Stronger Beats meeting on Thursday held in the Derby Ridge area. Formally known as town hall meetings, the goal of the meetings is to facilitate a conversation between police commanders and community members.
Officers provided people with statistics and informed them about initiatives that they are working on. Residents also had the chance to express their concerns.

CPD is aiming to double positive interactions with community members instead of just interacting with them when they report an incident.

"In order to off set a negative contact you have to have ten positive contacts," Columbia Police Officer Andrea Resse said. "So our goal is to let our neighborhood know that we're out there and they're just not going to respond when something does happen.They have a relationship with us prior [to when] something bad happens."

CPD is hoping that community policing will prevent crime from occurring and/or build trust with people to feel comfortable reporting incidents to police.

CPD said there are only about seven officers patrolling in Columbia at any point, but officers are encouraging people to report instances no matter how small they may be.

Police say they have to prioritize calls, especially when they have 30 to 50 calls waiting.

"The two topics that always come to the top of any survey are public safety and infrastructure," Scala said.

Scala says the city council is working on a funding issue.

Vision Zero Policy was also at the meeting. Its goal is to achieve zero deaths and serious injuries on roads in Columbia. It includes the safety of people walking, biking, driving, people using wheelchairs and public transit.