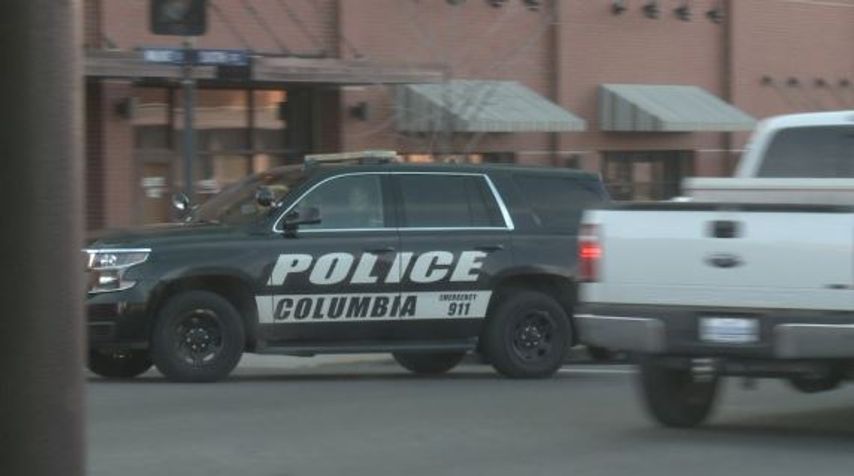 COLUMBIA - The Columbia Police Department released a report, noting problems with the city's police force. One of the biggest issues mentioned in the report is the community's trust with Columbia Police officers.

Chris Haynes, a member of the Mayor's Task Force on Community Violence, said he was not surprised when he heard there was a conflict of trust between citizens and the city's officers.

"There's some cops that don't have the background or understanding of how to deal with black people," Haynes said. "If you really think about, we're talking about black people."

Haynes said we're talking about community black people and that's where the problem comes in. He said if you've never understood a black person, how would you know.

"I think the diverse trainings is important," Haynes said. "That they get a better understanding of how to approach and how to really just understand the culture of black people. I think that's, really, the big gap right there. It's not understanding on both sides."

Haynes said he doesn't just put this on the officers, but he puts this on both sides.

"I think it's based on the culture," Haynes said. "When I was a young fella, they got away from knowing everyone. We knew who the cops were and the cops knew who we were by name."

Haynes said he thinks the more you personalize it, the better results you're going to get.

"It's really about approach," Haynes said. "If you got a young guy who has the mindset of, 'every cop is bad,' then your approach is very very vital."

Haynes said an officer is a professional and the kid is not. He also said the people in the community are not professionals.

"[As a professional], we got to keep a calm and cool mind," Haynes said. "And, the only way to do that is the professional must lead that."

Haynes said on the flip side, he thinks the community is important for us as leaders to teach our children that every officer isn't bad, so they don't have that mindset.

On the first page of the "Building Trust & Legitimacy," chapter, there is a quote that reads, "People are more likely to obey the law when they believe that those who are enforcing it have the legitimate authority to tell them what to do.... The public confers legitimacy only on those they believe are acting in procedurally just ways." The report also listed four concepts of procedurally just behavior

"It really is going to make a difference if the cops, the Police Department really becomes a part of the community rather than an outsider," Haynes said.

The Columbia Police Department were not available for comment.