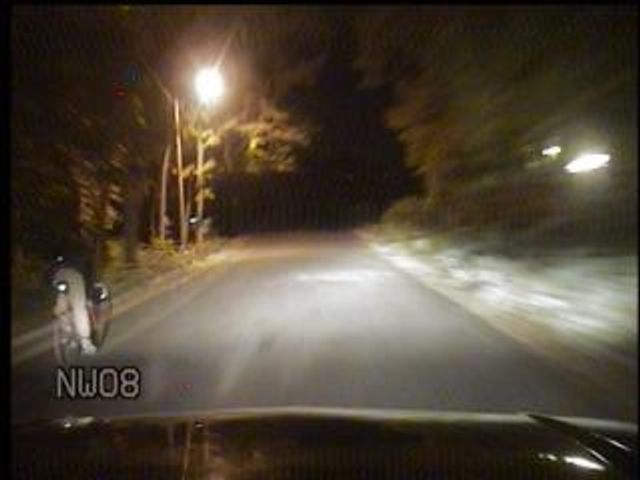 COLUMBIA - The Columbia Police Department sent KOMU 8 News a video Tuesday of an alleged burglary and assault suspect fleeing on a bike.

Police are still looking for the suspect and believe he may be responsible for several crimes in the last few months.

The department said the male riding a bicycle in the video matched a victim description that was provided to police in an investigation of a Nov. 3 burglary and assault on Anthony Street.

The department said officers then located a possible suspect using the victim description and attempted to stop the bicyclist. The bicyclist avoided police, crashed and led officers on a short foot pursuit. Officers were not able to catch the suspect.

The department said it has seven reports of similar incidents. Police did not say the same suspect is responsible, but said the incidents are similar in nature.

Police said the victim in the Nov. 3 incident on Anthony Street was also a victim in an Oct. 20 incident.

All of the incidents have occurred in the East Campus neighborhood or in housing complexes in downtown Columbia.