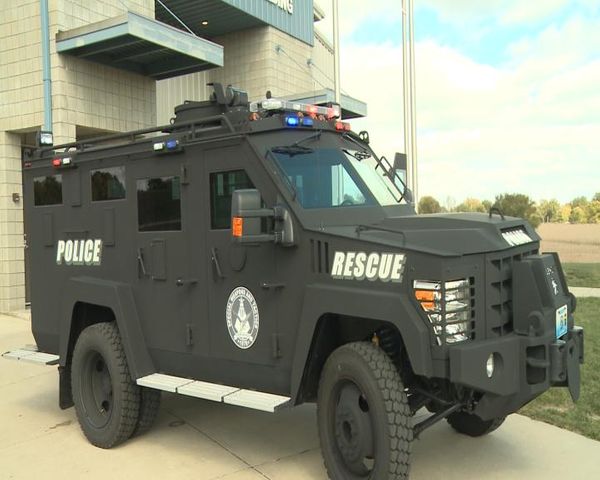 COLUMBIA - The Columbia Police Department's Special Weapons and Tactics (SWAT) team revealed a new vehicle that officers said will help ensure the safety of officers and citizens during high-risk situations.

The new Armored Personnel Carrier (APC) truck will be used by the Columbia Police Department's SWAT as added protection. The vehicle cost a total of $227,000.

"If you consider that figure stretched out along the lifespan of the vehicle, we're talking about less than $10,000 a year. When you consider that cost with the protection it provides with our officers, it seems like a relatively low figure," said Columbia Police Sergeant Lance Bolinger.

The defensive vehicle is a Lenco manufactured BearCat on a Ford F-550 frame. It has no attack capability and will be purely used as a defensive weapon with it's bullet proof exterior. The BearCat can fit up to 10 people in the truck at any given time. The Ford framed vehicle gets seven and a half miles per gallon and runs on unleaded gasoline.

The team has been trying to acquire its own APC vehicle since 2001. Until recently, the team was borrowing a 20-year-old vehicle from the Department of Defense that was on loan to the SWAT unit for a total of 13 years.

The vehicle on loan suffered a major mechanical failure in 2012 and needed to be replaced. When the old vehicle was put out of commission, the team put in a petition to the Columbia City Council to get funding for a new one. After the City Council approved the petition, an order was put into the manufacturing company. That was in May.

Multiple agencies throughout Missouri have similar vehicles, including another SWAT team in Jefferson City. Bolinger said an average of 150 APC vehicles are brought into law enforcement agencies every year.

The team said it hopes the new vehicle will add an extra defensive measure to future tactical missions.

"People are excited about adding it to the team. It does provide us with the ability to change some of our tactics and we can operate safely in what we consider to be an unsafe environment," said Bolinger.

The SWAT team plans on letting other local squads borrow the vehicle during high-risk situations through a mutual aid agreement.