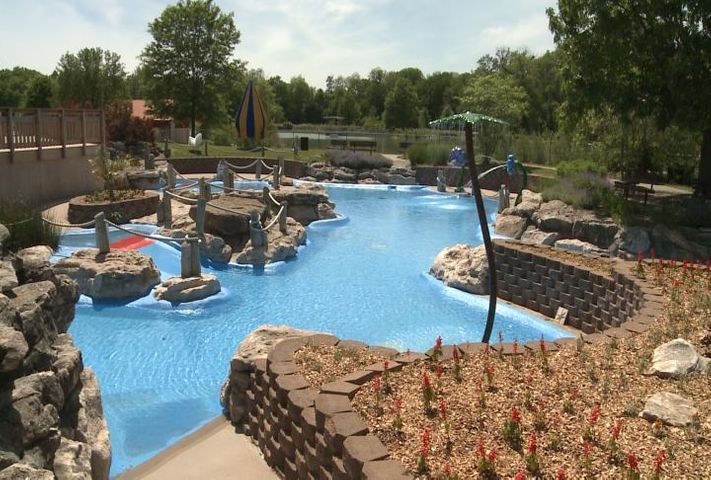 COLUMBIA - Lifeguards and other pool staff were hard at work Friday preparing for this weekend's opening of Columbia outdoor pools.

Four major outdoor pools open Saturday and, just in time for the opening, the Red Cross has kicked off a week-long national campaign to raise drowning awareness and cut down on the number of drownings.

In preparation for opening day, Columbia Parks and Recreation Specialist Stanton Idel said, "One of the biggest preventative acts that parents can do is to maintain constant eye contact with their children when they're in any swimming facility."

The Consumer Product Safety Commission said in a recent report that from Memorial Day to Labor Day 2013, 202 children between the ages of one and 14 drowned in a swimming pool or spa. Also, more than 70 percent of those children were under the age of 5.

The CDC says three children die every day as a result of drowning, and 60 percent of all drownings involving children happen in a pool.

Idel said that while Lifeguarding can be difficult, Columbia lifeguards are trained extensively to maintain focus on the job.

"You're working 8 hours a day, 30 minutes in each chair and eventually it does get boring." Idel said. Adding that despite the boredom, lifeguards must stay vigilant.

Idel said "Each person that walks into our facility has to walk out the exact same way they walked in."

Pools will close next week and re-open for the weekend of May 31 and June 1. Pools open for the summer season on June 6.