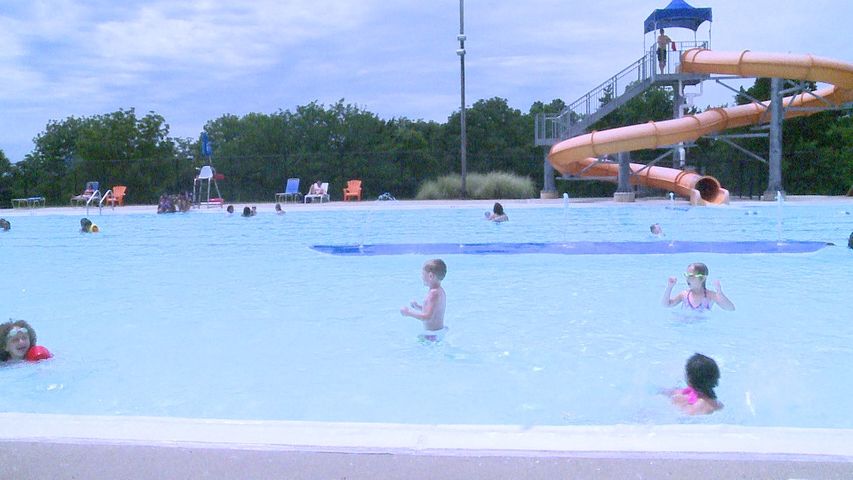 COLUMBIA - Staff members at Albert-Oakland Pool in Columbia are taking precautions to prevent drownings this pool season. According to the Centers for Disease Control, not only is drowning the leading cause of death for children under five years of age, but that age group also makes up 75% of all child drowning fatalities. That alarming statistic, coupled with the fact that kids under the age of five come to Albert-Oakland Pool every day, is keeping the staff on its toes.

Columbia Aquatics Supervisor Janel Twehaus said attentive lifeguards is key to keeping kids safe, and she makes sure that the lifeguards skills are kept sharp. The guards never spend more than 30 minutes in the same chair and work no longer than three hours on a shift. They are also allowed five minutes each half hour to get up and walk around and to stand up in their chair to check the water directly below them.

Twice a day, the guards are audited when a 70-pound dummy is placed somewhere in the pool. The guards have 10 seconds to spot the dummy and jump in the water. If a guard fails, he or she is required to stay after work and complete a one-hour review session. It is also a requirement that the failure be reported to the aquatics supervisor.

But Twehaus said the job is not entirely up to the lifeguards and that the sole responsibility lies in the parents' hands.

Lifeguard David Harrison said there are times that a younger kid is in the water and a parent will be distractedly reading or taking a phone call. In Harrison's time of being a lifeguard in various cities in Missouri, he said he has had 30 saves. To prevent the need for a save, one of the rules of the pool is that all kids under 10 years old must be accompanied with an adult, and that adult must be wearing swim attire.

Twehaus said there has never been a drowning that occurred in the Albert-Oakland Pool during operation hours.