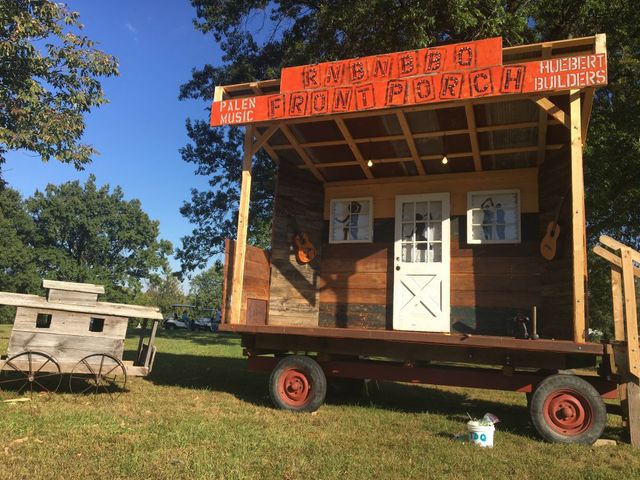 More than 30 artists will perform at this year’s event, including six from Columbia. The festival will encompass genres such as roots, blues, gospel, country, folk, bluegrass, rock and soul, according to the festival’s website.

Before the festival officially began, multiple music acts performed downtown Thursday at a variety of locations, including Logboat Brewing Company and the Missouri Theatre.

This year's festival will feature multiple new additions, one of which being a "Front Porch Stage" that will allow anyone in attendance to get up and perform using provided acoustic instruments.

Stephens Lake Park is hosting the festival for the fourth time, after moving from downtown.

"I love this park," festival owner Richard King said. "Even people from Columbia didn't realize how great this park was. The feedback I got after moving here was all very positive."

King said ticket sales are up from previous years, and he expects as many as 30,000 people in attendance over the three-day event.

The festival will offer a commemorative photo album to honor the 10-year anniversary of the event.

"I don't think any of us, when we started out, thought we would get to ten years," King said. "This was actually supposed to be a one year experience. The way Columbia has responded and the way mid-Missouri has responded made us feel really good about what we're doing and that's why we decided to continue."

The festival's visual director Lisa Bartlett has worked with a team since March to create some of the art that will be featured this weekend.

"One thing I can say for this festival is 'Look up,'" Bartlett said. "We have big things hanging in the trees that all light up, and when dark comes it will be magical."

Parking in downtown garages will be free during the weekend, and the festival is also providing free shuttles that will run until the park is empty every night, King said.