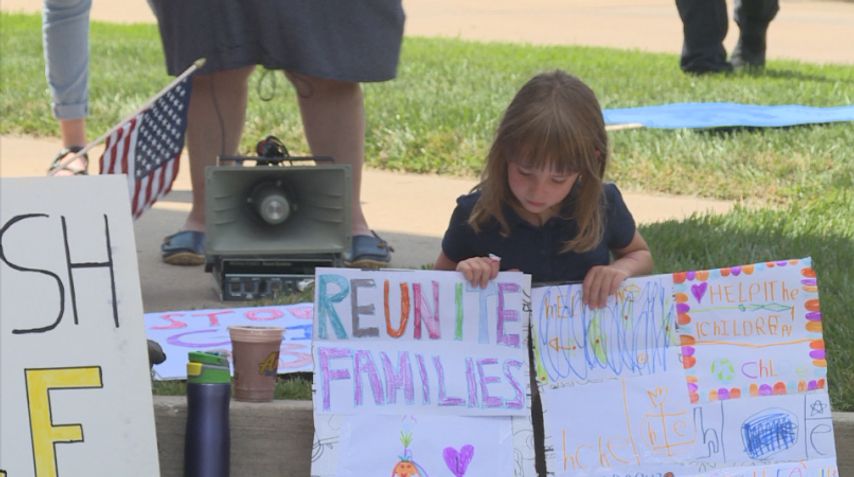 They gathered at Congresswoman Vicky Hartzler's office to denounce the Sovereign Borders camps on the U.S. and Mexico borders.

"Today is the national day of protest for closing the border and immigration camps," said organizer Kate Watson. "People are doing this all over the country at their local congressional offices."

Hartzler spokesman Steve Walsh said government should be skeptical on some cross-border immigrants.

"Certainly there are some people who are legitimate refugees," he said."Then there are others coming here as economic refugees and still other are coming here for nefarious purposes."

Protesters said the center's conditions are horrific and the government shouldn't be sanctioning such human rights abuses.

"We are sliding on a very slippery slope right now," said protestor Lauren Croll. "We have children detained without access to food, water, toothbrushes and basic human rights."