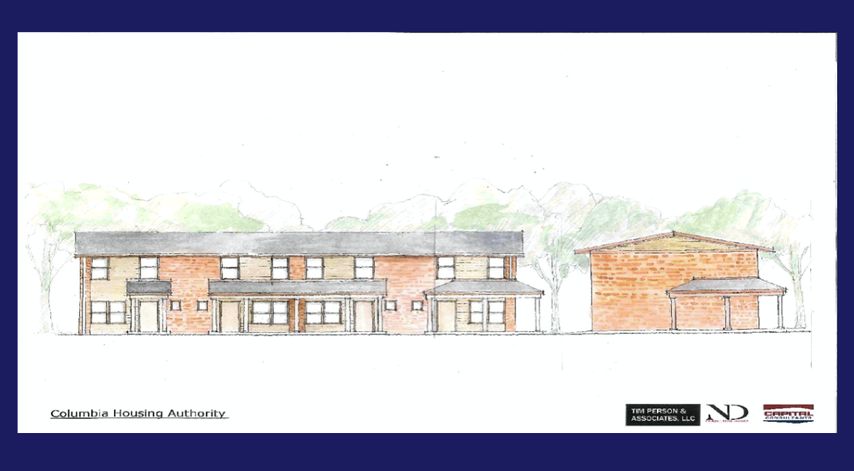 COLUMBIA - The state's bid to get air giant Boeing to move airplane production to the state is affected housing authority residents in Columbia. The Missouri Housing Development Commission denied approval for Columbia Housing Authority's application for four percent low-income housing tax credits, in hopes of making way for the state to offer credits to Boeing.The tax credits would have provided about $22 million dollars to finance a major renovation project to the 50-year-old housing.

Residents are not pleased with the MHDC's decision. Twenty-year Columbia resident Wilma Blair said these renovations are long overdue. "They just seem to think that it's OK for people to be like that. Well, it's not. If you look how much we have to take out and what we have to endure, they wouldn't want to be inconvenienced like that. So why would they expect someone else to be inconvenienced like that?"

Phil Steinhaus, chief executive officer of the Columbia housing Authority, said the agency is aware of the need for the renovations and is trying to act on it. "The ones downtown have a poor plumbing system, not well insulated, they don't have good ventilation systems, kitchens are in bathrooms, the interior design is just not configured very well," said Steinhaus. He went on to say, "The electrical panel is over the stove, the washer machine is right next to the stove. The water heater and furnace are right there in the kitchen."

The overall plan was to renovate all 793 units of public housing properties. The Columbia Housing Authority submitted two applications in September--one for renovations and another for construction of new housing. Now reconsideration has been delayed.

Blair said floors shifting and the lack of updates is just not acceptable. "Other people have things that make their homes look pleasing," said Blair. "Just because we are in poverty and on fixed incomes, we would like to be able to take in and be proud of our place."

Steinhaus said the bigger problem seems to be the lack of information the Columbia Housing Authority was given to make changes. "We got very little information from the Missouri Housing Development Commission about why our proposals were not funded." said Steinhaus. "Now they've extended their quiet period, which means anyone who applied for these funds are not allowed to talk to any of the Missouri Housing Development staff. They won't even talk to us and tell us what's wrong so we can prepare for the next cycle."

The earliest the applications can be reconsidered is tentatively set for March. If the application were to be approved by the summer of 2014, Steinhaus anticipates construction to start in the spring of 2015.