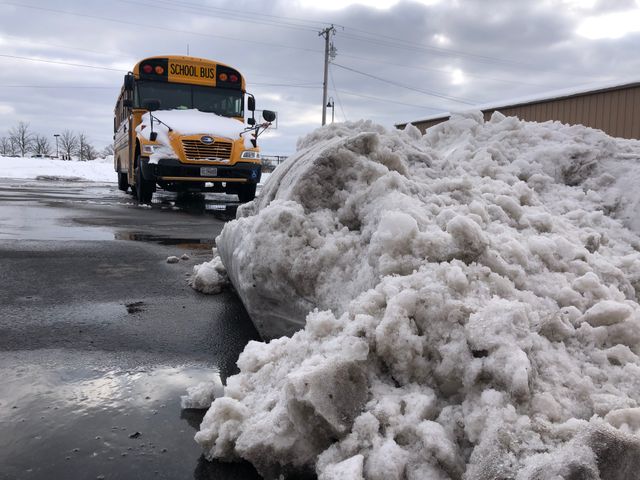 COLUMBIA - Columbia Public Schools cancelled school for the second time this week, but Thursday wasn't because of additional snow fall.

"We have a lot of ground to cover," Michelle Baumstark, the district's spokesperson, said. "We have 41 campuses that have to be cleared. Not just parking lots, but sidewalks and ramps."

One CPS parent of seven, Justin Flemming, said he got a notification last night saying school was cancelled due to inclement weather.

"Today I didn't really understand why they cancelled again," Flemming said. "The streets weren't too bad."

While weather was a factor for Wednesday, Baumstark maintained Thursday was about the clean up.

"Really what our challenge was today was really the timing of when the storm happened and when it concluded," Baumstark said. "We really did want to have school today and we really did try really hard to make those numbers work to be able to even consider a two hour delay."

Baumstark said CPS is the fifth largest school district in the state, meaning they are responsible for a lot of ground.

"I think sometimes people don't necessarily realize the size of some of our facilities and the size of the lots that are there and making sure that those lots are cleared so that students and staff can come park, so busses can drive through their loops, so parents can do their drop off," Baumstark said.

Flemming said it was "new news" to him when he was told CPS had to clear snow off of 41 campus parking lots and side walks, but he would've been a helping hand.

"We live by a school, so ya know, maybe getting out and helping do it," Flemming said.

But he said he understands why the district closed.

"It's a reasonable reason, I guess," Flemming said. "They do have a job to keep people safe and anybody who might be out on the sidewalks or having to walk to work or school so that makes sense."

Baumstark said even though the streets were clear Thursday, safety is always the main priority.