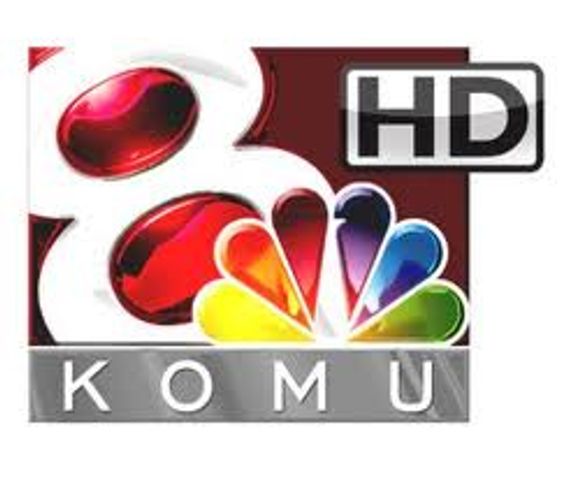 COLUMBIA - In the nation's public schools, an invisible barrier separates the haves from the have-nots.

In general, children of wealthier families do better than their impoverished peers because of the opportunities and comforts economic stability provides.

Columbia is no different. Free and Reduced Lunch students in the district score an average of 16.5 percent worse on state standardized testing than the average student.

39.8 percent of all students in Columbia's public schools qualify for Free and Reduced Lunch programs, and the number is growing. Since 2006, the number of free and reduced lunch recipients has risen 20 percent, twice as much as the state as a whole during the same time period.

Columbia Public Schools' Superintendent, Chris Belcher, said the number of free and reduced lunch students continues to grow as more and more kids arrive from Kansas City and St. Louis.
In response, the district has spent the better part of the last decade changing their curriculum, increasing individualized attention and shifting their focus to early childhood education.

"I think two of our greatest levers are starting early so that the achievement gap doesn't begin or doesn't present itself as dramatically once students enter kindergarten," Chief Academic Officer Sally Lyon said. "Our ability to expand our early childhood programs has been an important part of that strategy, the other is really intervention and just excellent literacy instruction in our elementary schools."

The district is also trying out new a academic model focused on science, technology, engineering and mathematics or STEM at Benton Elementary, one of the most impoverished schools in the district. Principal Troy Hogg said its still too early to say if there has been an academic windfall, but students, parents, teachers and the community at large are more excited than he's ever seen them.

"They are more involved with what's happening in the classroom, the technology side of things has really increased involvement by the students," Hogg said. "You put an iPad in front of them or a laptop in front of them and they are just more engaged because that's the world that they live in, technology is all around them right now."

Hogg said the schools is being offered grants from private non-profit groups and local businesses, but mentioned parent support will be crucial to academic success in the school. Mary White, the organizer of Benton's newly-revived PTA held the first meeting in years on Oct. 11, and said she wants the group to promote achievement through the parents and provide emotional and financial support for Benton.

"We feel through our fund raising efforts and other ideas that we have that we will be able to contribute to the school and to bring a level of excitement to the children themselves that wasn't possible before," White said. "Benton is part of my family and I feel that whatever I can do to help them."

Efforts like the STEM designation as well as district wide efforts to help struggling students with parent and teacher interaction, and adding more children to free preschools led to higher MAP scores for free and reduced lunch students and a smaller difference between free and reduced lunch students and the average student's scores. The district's Chief Academic Officer, Sally Lyon, said the increase in achievement can be directly attributed to the changes the district made.

"I believe that the progress we've made in the last few years, that steady uptick in performance for our free and reduced lunch students is in part attributable to both early childhood and to our more systematic approach to elementary instruction," Lyon said.

However, shrinking state and federal support could mean the schools would have to abandon some of these programs and make cuts across the board to save money. Belcher said the schools make do with less money than ever before, but the schools could face a budget shortfall of millions of dollars.

"We're not in an emergency, we're not in a crisis, but we have to have the discussion that after a year of paying those balances down we might have one year left and then we're going to have to start radically reducing our programs or ask the public to step up and pay a higher tax base," Belcher said. "Those are not comfortable discussions, it's probably economically the worst time ever to have this discussion but at the same time we serve parents, students, community economic development, lots of people are served by education. "

Budget cuts will seriously effect the district's ability to fight the achievement gap. Belcher said the district will have to increase class sizes and reduce services across the board if the district doesn't find a way to increase revenue.

The district can't count on state or federal money, either. Both federal and state support for public education is decreasing and Belcher describes the future outlook as "terrible." Missouri currently ranks #49th in state funding per student and #44th in teacher pay and is home to the lowest cigarette tax in the nation.

Democrats in Jefferson City, as well as Belcher, suggest raising the cigarette tax. Columbia's democratic state representative Chris Kelley said the tax could be raised by 80 cents, to 90 cents per pack, and still be well below national average while raising more than 400 million dollars for education. Kelley has sponsored numerous bills to raise the tax, but doesn't think the bill will pass because of "lunatic" pledges against raising taxes popular among the state's republicans.

"Funding for elementary and secondary education is never going to get better at the current tax level. The citizens of Missouri have to choose between deteriorating schools and facing up to the burden of for instance a cigarette tax," Kelley said. "We're killing our own economic development with this political rhetoric about no cigarette tax.

John Cauthorn, R-Mexico, disagrees with Kelley's claim and said the state is meeting its constitutional requirement for funding. He said a state-wide increase in taxes isn't likely, but if a community feels they need more money for schools, they can raise taxes locally.

"People have voted to increase taxes at the local level when they know exactly where those dollars are going," Cauthorn said. "I have not seen a comfort level, at the state level, about voting an increased tax across the state."

Belcher said the school district will do just that and will propose a tax levy to maintain student services and employee benefits. At an Oct. 12 community event Belcher announced the proposal, but noted the actual line-by-line proposal is still months down the road.

Regardless, Belcher is concerned about what will happen if the levy does not pass. In the past, Columbia has supported every bond initiative, but has voted down some tax increases. He said the public will have to choose between new taxes and lower performing schools.

"We have been talking about this for a year, we have 5 year budget projections, this is not something that has just sprung up," Belcher said. "We have to have a frank discussion about what quality do we want or do we simply say its tough times we need to live within our means which means we're going to have to allow class sizes to increase, eliminate some of our programs that don't impact a large number of students and take away some of the extras we do that help those students that struggle."