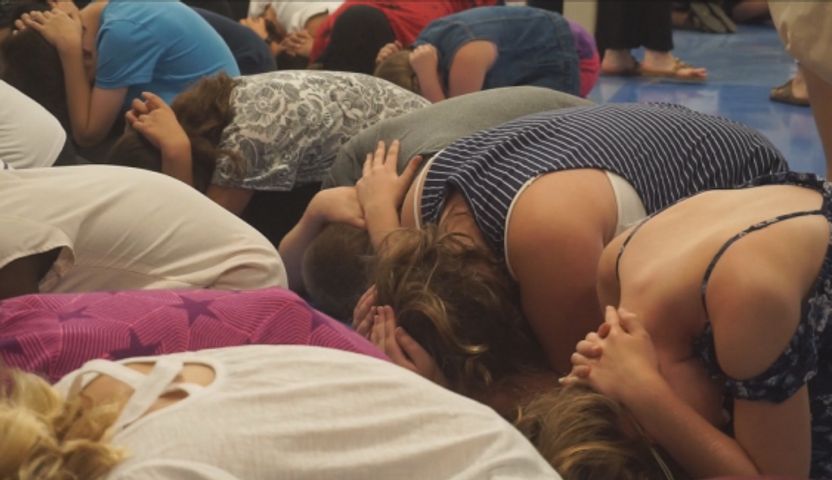 COLUMBIA - Lack of funding and construction are among the reasons no new tornado shelters are on the horizon for Boone, Cole and Callaway counties.

Right now, Grant Elementary in Columbia is the only school in the area with a safe room. There has been talk of adding more since a tornado leveled a seven-mile stretch of Joplin in 2011.

"The FEMA grants that are out there, they’re competitive and there’s no guarantee that you’re going to get those under normal circumstances. We were in an interesting position where obviously we just had this devastating tornado," he said.

The last time Columbia Public Schools applied for FEMA grants was ten years ago, when the agency was trying to get projects funded at Rock Bridge and Hickman high schools.

"It was a very cumbersome process," said CPS spokesperson Michelle Baumstark. "There are a lot of additional requirements once you do receive FEMA funding as far as community access to the shelters and those types of things."

The tornado shelter at Grant Elementary was part of an expansion funded by a bond issue that also included moving classrooms out of trailers into new space.

It was built because of a change in city code that requires new schools or new additions that are 25 percent or larger than the existing building to include a safe room.

Grant Elementary principal, Jen Wingert, said the shelter allows people in the school to be in one central location, which is crucial.

"To see your peers and your friends or even your siblings in the same room, there is this element of true comfort that we feel now because we are all united into this space together," she said.

Former Joplin High School principal Kerry Sachetta said, "What we found in the Joplin tornado was, especially at the high school at the epicenter of the path, was that hallways would not have worked well in that situation."

Baumstark said CPS does all it can to make sure its spaces are as safe as possible.

"We do walk-throughs with our emergency operations officials to evaluate the areas to make sure those are the best locations as for as tornado sheltering is concerned within our buildings," she said.

The Joplin Schools District built more than 15 FEMA-funded safe rooms after the tornado. Huff said the process took hard work, but it was worth the district's time.

"I think since the Joplin tornado in particular, and some of the other massive tornados that have created a lot of destruction across the country, it’s received a lot of attention," he said. "There are more schools than ever that are applying for the grants and there’s a limited pot. So my best advice is to just keep trying."

Sachetta said all school districts can learn a lesson from the Joplin tornado.