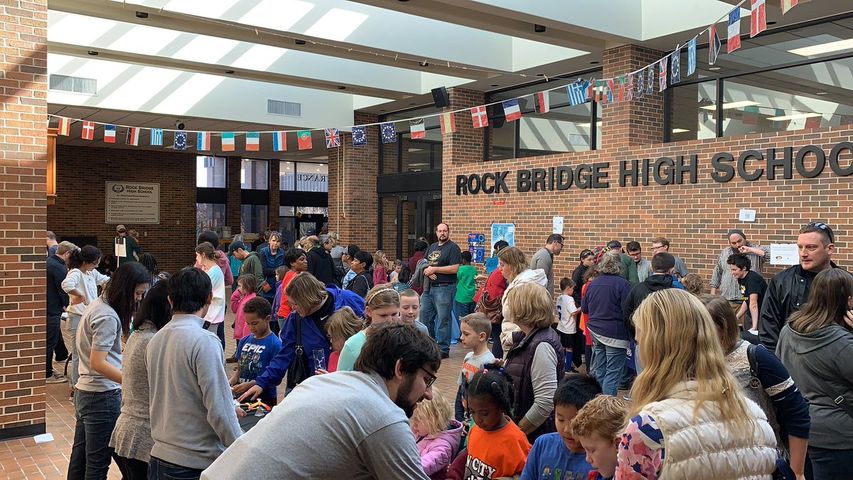 COLUMBIA - Children got the chance to learn about science through hands-on experiments at the Columbia Public Schools' Planetarium on Saturday.

CPS partnered with MU's Integrative Anatomy Student Association, Central Missouri Astronomical Association and the Missouri Seismic Safety Commission to put on a number of science-related exhibits at the 'Soaring into Stem' expo.' Attendees were able to learn about volcanoes and earthquakes, observe the sun and learn about fossils.

Lily Knowles said she most enjoyed learning about the fossils on display.

Knowles said being able to see and interact with experiments showing how gravity and magnets work allowed her to better understand them.

"I don't think you would be learning as much if you were not touching them because then you would not be able to to try any of the activities," she said.

The Planetarium is housed at Rock Bridge High School and has been a part of CPS since 1974.