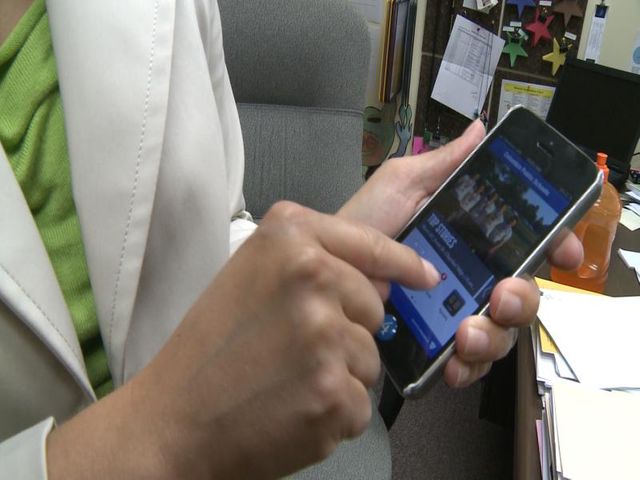 COLUMBIA - Columbia Public Schools combines email, text and phone notifications into one new system this school year in an effort to alert parents, students and community members more efficiently. The alerts go out for any communication, from emergencies to parent information.

"We definitely always want to be able to communicate more with our families and our parents, and for them to feel connected to their school buildings," community relations director for Columbia Public Schools, Michelle Baumstark, said. "This is one way we're going to be able to do that."

"The text alert system didn't really allow us a lot of flexibility," Baumstark said. "It was a great system. We've had it in place for seven years, but it was really time for us to be able to expand it."

A ParentLink app can also be downloaded from the Apple Store or Google for those who want smartphone access in addition to, or instead of, computer use.

Parents can check their child's meal plans, grades and any other news or alerts from Columbia Public Schools.

"The new system is just awfully quick and easy," Frazier said. "It's really nice, especially when there's an event like we had a school, to get information so quickly and just right there at your fingertips."

Columbia police detained and then released a 48-year-old man on Sept. 12 after a Shepard Elementary student said he saw the man expose himself in a park next to the school. Shepard Elementary Principal Jacquie Ward said ParentLink helped her get messages out to parents for that incident much faster than the old system.

"I have been an avid user, not necessarily because I've wanted to, but we've had some emergency situations at Shepard recently, and I've just gone straight to my computer - I can even use my iPad - type in the message and it shoots right out to my parents and my parents have loved it," Ward said. "In fact, we've gotten phone calls from the parents that aren't on it to put them on it because they've heard that other parents received messages."

Ward said if the system works for her parents, then it's doing exactly what it should.

"It's going to take us a while to have everything up and working as efficiently as we'd like it to be, but we know by the end of the year we'll be in good shape," Baumstark said. "Moving forward, we'll have an excellent way to be able to communicate and have two-way communication with our parents."

Baumstark encourages parents who haven't yet started using the system to set up a user name and password to begin.