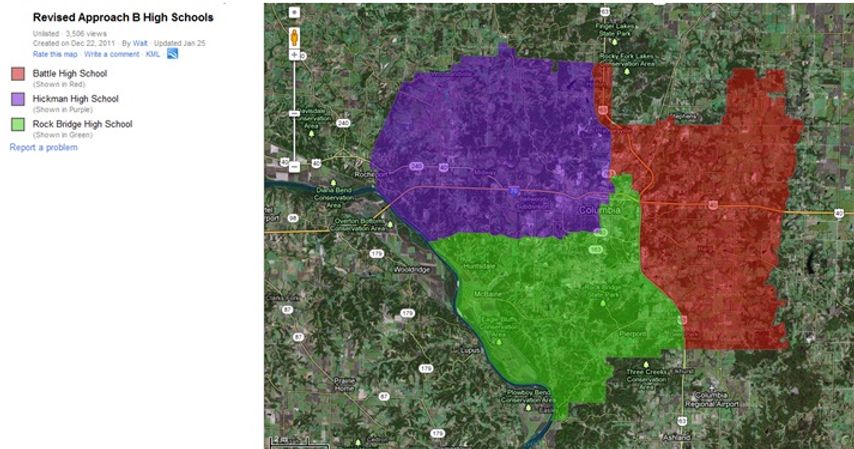 COLUMBIA - In a six to one vote, Columbia Public School board members approved a new district boundary map for the fall of 2013.

In that year, a new school, Battle High School opens and students will transition from middle school and junior high schools to intermediate schools. Ninth graders will start attending high school for the first time in the district while grades 6-8 will take classes together.

Columbia Board of Education President Tom Rose says he is happy with the result, but notes there is still a lot of fine-tuning to do since all of the redistricting is happening in one phrase.

The goal is to have boundaries that fit the sizes of the school buildings so there is even distribution, according to Rose.

There were worries at Monday's meeting regarding the new plan, including concerns about the class of 2015 attending their first year of high school at one high school and possibly switching because of the new redistricting lines for the rest of their high school career.

Another major concern focused on students who live in walking distance from Hickman High School. Under the new boundaries, some nearby students would have to attend Rock Bridge High school. Transfer options will be discussed at a future board meeting.

The boundaries will go in effect in 2013-2014. Columbia Public Schools have 17 months to organize and redistribute students and teachers in the proper boundaries.

This is the largest change in Columbia Public Schools since Rock Bridge High School opened in 1973.