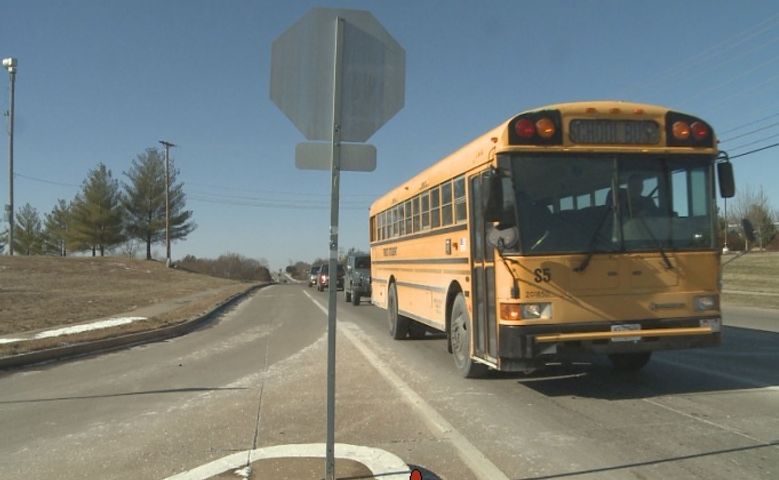 KOMU spoke to parents of Mill Creek Elementary who chose to remain anonymous in order to avoid creating a stir.

"As a parent I don't feel like we were given an adequate amount of time to see the new boundaries, which included Grant Elementary," a parent said.

Some Mill Creek parents are unhappy with the new boundaries because Grant Elementary is further drive.

A parent also said she spent a lot of money to move within the boundaries of Mill Creek for her children's education and is upset she may have to move for them to attend the school.

"Some of the families feel like they're going to be forced to move within the new boundaries in order to stay at Mill Creek Elementary," she said. "I know personally of a few families that will be moving."

Parents of Mill Creek said they were preparing to move to Russell Boulevard Elementary, but were surprised when they were zoned to Grant instead.

"I feel like we were almost used to the idea of Russell Elementary," she said.

Parents also said they were unhappy to find out teachers are able to move their kids to wherever they wanted, but parents can't. Director of community relations for CPS, Michelle Baumstark said this rule has been a part of the school board for years.

"That's not something new," she said. "It's something that's existed for a number of years and just like any transfer policy, it takes into consideration whether or not the building has capacity for that to happen."

Baumstark also said the school board tweaked the boundaries based on conversations CPS officials had with parents.

"We made some minor adjustments in the size of some of the boundaries shifting them from Russell to Grant," Baumstark said. "Looking at capacity, at both Russell and Grant, we felt like it would be a better situation to redistrict students to both schools rather than just to Russell."

Baumstark also said the redistricting happened strictly because of the overcrowding at Mill Creek Elementary.

"It's all about capacity and we want to make sure that we provide good educational environments in all of our buildings," she said. "We are a growing district and that creates a lot of challenges for us, one of those is making sure we keep all our buildings not overcrowded."

In order to avoid overcrowding, Baumstark said there are plans in place to build a new elementary school on Scott Boulevard and said it should be completed by 2016.

"In order to get us through this growth phase and get us to the point when the new school opens, we have to redistrict," she said.

Medical Students prepare for call to join the front line

Service dogs bring comfort to ER doctors on the frontlines

Forecast calls for more flooding in Missouri this spring