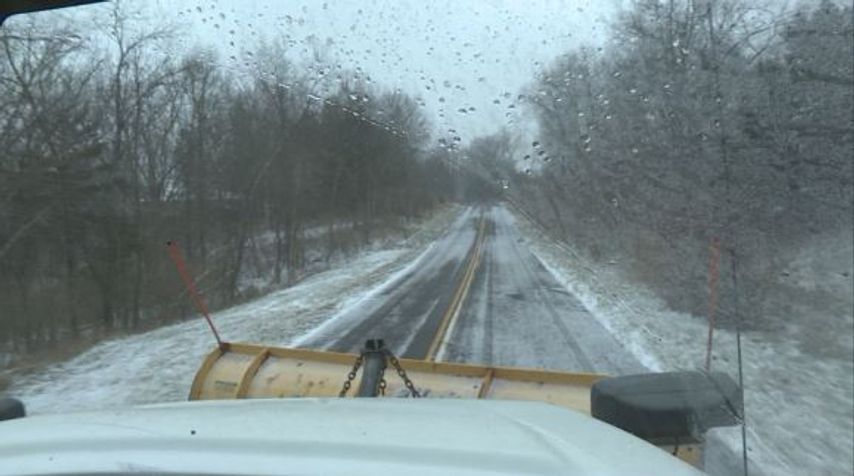 Crews were dispersed at 4 a.m. with a full crew, consisting of 22 trucks, in place by 7 a.m. Crews were also clearing snow from roads Sunday.

"Being proactive on this allows you to treat some of the hills and intersections before the storm hits," Columbia Public Works' Ricky Hance said. "Obviously, it makes it safer for the citizens, and if we weren't proactive, than I think we'd have more accidents in intersections and whatnot."

Snow flurries began in Columbia at approximately 8:15 a.m. Tuesday. Crews salted the roads, but plows weren't necessary in most places.

"What you need is for temperatures to warm up and the sun to come out," Public Information Officer of Columbia Public Works Barry Dalton said. "There are some things like calcium chloride that can be a little more effective, but that's a much more limited quantity than the rock salt."

If accumulation reaches 2 inches, residents should not park on designated snow routes. Cars can be ticketed and towed without notice if they don't move off of these routes.

For a reminder notice of when accumulation reaches 2 inches, you can text COLUMBIAPW to 888777 and check Public Works social media for updates.

Public Works says they will continue to monitor the forecast, the weather and pavement temperatures.

To stay up to date on the latest weather conditions, check out komu.com/weather.