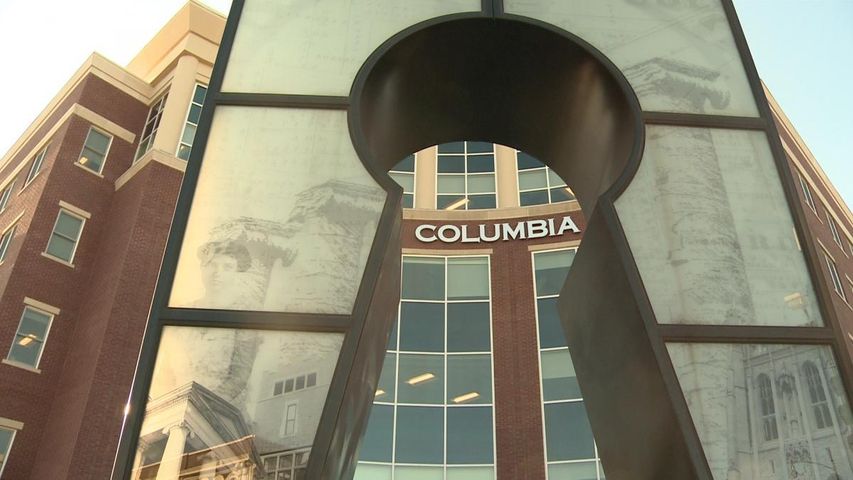 Glasscock announced Tuesday the city would not be able to approve any new development projects in downtown Columbia that increase sewer flow. It echoes City Manager Mike Matthes' statements earlier this year.

Glasscock said downtown has seen an influx of residents over the last two years, and it has presented new challenges for aging infrastructure.

"That creates a lot of different flow characteristics for us and for our sewer system and as we go forward it has stressed it," Glasscock said. "We have a lot of development, residential, that is being asked for. And that is basically maxing out all of the sewer capacity that we had."

"The old sewers that carry it are 113 years old," Glasscock said." One of them is still in use today. Still has life left in it, not saying it doesn't. But we have to start looking at our capacity issues and what we want to look like downtown. Do we want high rise buildings downtown?"

St. Romaine said Tuesday the infrastructure issues extend to water and electric services. The Public Works Department has given the city a list of nearly $15 million worth of needed sewer and storm water projects.

At the TIF commission meeting, Columbia School Board member Jonathan Sessions said the issues seem to be piling on suddenly.

"It's interesting to hear about a power company that doesn't have power to sell," Sessions said. "There's a lot of questions here about what the city's plan was before this development grew."

St. Romaine said developers want to move in quickly and a Tax Increment Financing plan is the only viable option for fixing up downtown. Sessions and other community leaders remain wary of TIF.