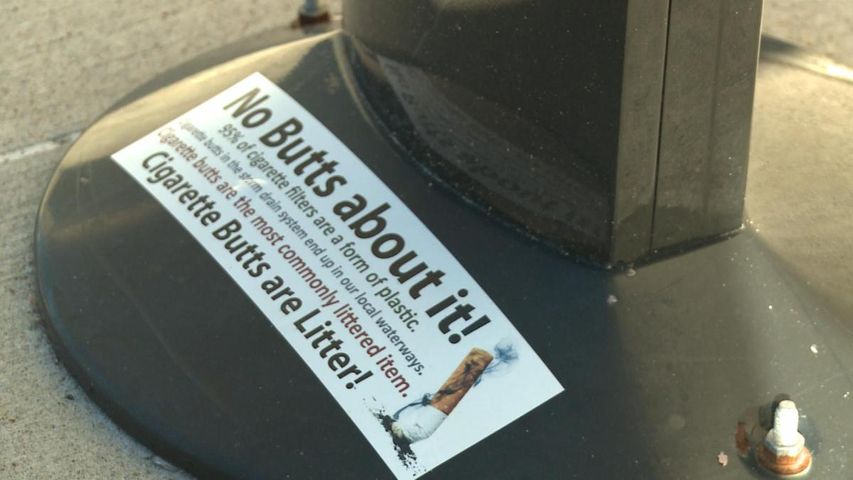 COLUMBIA - The Columbia Public Works Department is teaming up with the District and eight downtown businesses in an effort to prevent cigarette littering.

According to the storm water educator with Columbia Public Works, Mike Heimos, nearly seven trillion cigarette butts are not thrown away worldwide each year. Eighty percent of butts on the ground end up in storm drain systems, making their way into local streams and creeks. Heimos said Flat Branch Creek is affected the most from downtown littering.

"If you're a smoker, you have every right to smoke," said Heimos. "We just like to remind you that cigarette butts are just like any other piece of litter. Whether it's a top of a coffee cup, or a plastic lid...it's litter. Most people think that cigarette butts are made out of cotton - they're not, they're actually made out of plastic, almost the same material that goes into making a plastic shopping bag."

Litter not only effects local creeks and streams, but also businesses.

"It's a cost of their time to have to clean up every morning or every night to pick up the litter that people throw on the ground," said Heimos. "So our hope with this is to not only educate the public about litter in general, but to help the businesses out and maybe save them a little money."

The campaign officially started Monday and Heimos said the local businesses will begin to record any improvements in littering outside their establishments.