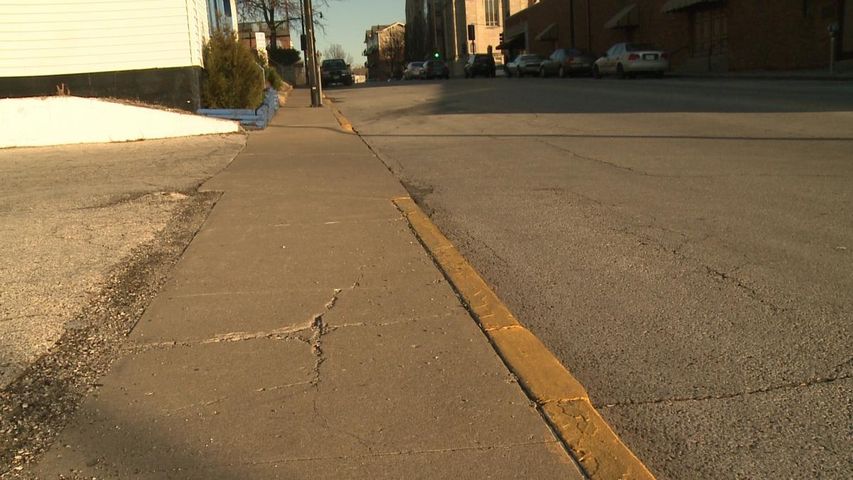 COLUMBIA - Columbia Public Works held a public input session at Columbia City Hall Wednesday afternoon to get residents' feedback on proposed sidewalk repairs. The meeting informed residents that Columbia plans to repair cracks in sidewalks and widen them in some areas.

Columbia resident Michelle Adams uses a wheelchair, and she is not pleased with sidewalks downtown. "I'm very conscientious about [getting around]. I look on the other side to make sure I can get up, and if I can't I have to take a different path," Adams said.

These worn out sidewalks can be even more dangerous at night. "If you can't see it, you can't avoid it," public works engineer David Watson said.

Approximately $307,000 of funding from a Community Development Block Grant to the city will go toward improving cracks and wear and tear on sidewalks in east downtown Columbia. The streets that make up the East Side Sidewalk Phase III project include Windsor Street, Melbourne Street, Ripley Street, Pratt Street, Broadway, William Street, Locust Street, Waugh Street and Bass Avenue in Columbia. Public works has repaired sidewalks in other areas of downtown in the past.

This grant is part of a federal U.S. Department of Housing and Urban Development grant worth approximately $925,000. According to Columbia Public Works Community Development Coordinator Randy Cole, money to repair the sidewalks is set aside for "public improvements." "These sidewalks will make neighborhoods more livable and accessible," Cole said.

Priority streets include Locust and Waugh. The city said it is important to repair sidewalks on these streets to accommodate many residents who live in Paquin Towers and use wheelchairs.

Adams lives in Paquin Towers, and she hopes Columbia starts sidewalk construction as soon as possible. "They have major cracks first of all, and second of all there's no curb cuts. Sometimes I can get off the sidewalk, but I can't get off the other side." Adams said.

The city expects to replace portions of sidewalks on these roads in 2012. Public works also wants to gather residents' opinions on how to use future Community Development Block Grant funding for fiscal year 2013. To give your point of view, submit this online survey to the city.