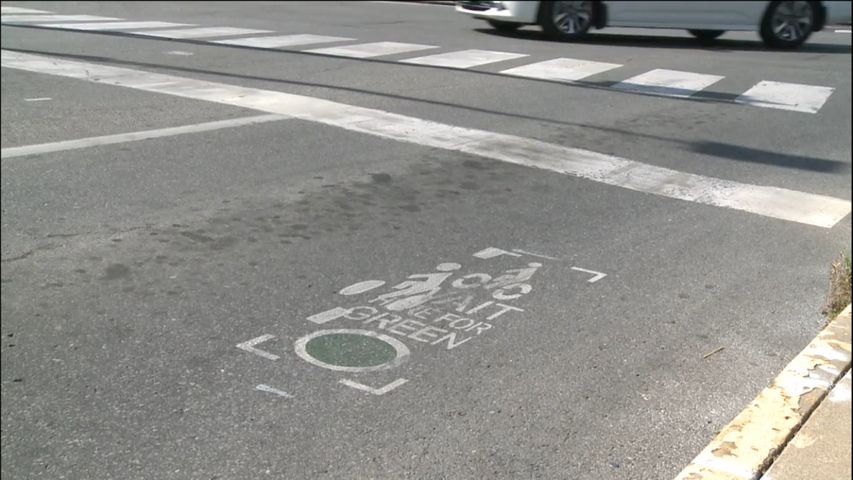 COLUMBIA - Columbia Public Works is requesting community members complete a survey on new markings for cyclists at intersections in the city.

The pavement markers show where a cyclist should sit to be detected for a green light.

Traffic Engineer Lee White says the markings are important for safety, but believes many may not use the markings correctly.

“What we’d like to do is improve safety overall. What we don’t want is bicyclists running the red light or waiting a lot longer than they have to because they didn’t place their bike in the correct location. There’s a lot of loop detectors in the ground that will detect when the bike goes there, but to activate that detector they need to place their bike in the correct spot,” said White.

Manual on Uniform Traffic Control Devices (MUTCD) conducted a virtual simulation last year to see how cyclists in Columbia responded to the markings on the road. They were given five different marking options to choose from. Found in the simulation, option D + Sign had the longest average wait time at 15.48 seconds. The newly proposed options A and B tied for shortest average wait time of 13.10 seconds

According to White, the community plays a large part in the decision for these new markings on the road and may make a big difference on a national scale.

“If the feedback goes good then in the next iteration of the MUTCD, these markings could be in place of the current symbol in the MUTCD,” said White.

In the original simulation of thirty participants, at least 90% of them said option A was the best in visibility, effectiveness in communicating the purpose and clear on where the bicycle should be placed. Columbia Public Works encourages the community to see these markings at these four intersections: Garth and Broadway, Garth and Worley, West Boulevard and Worley, and West Boulevard and Broadway.

The survey is available on Como.gov and will be available until July 5.