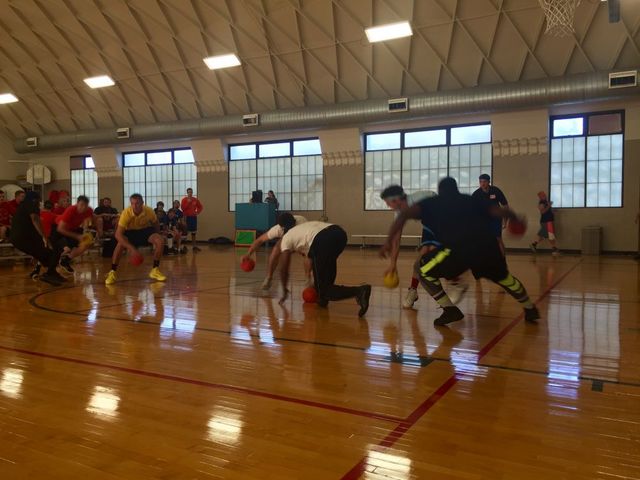 COLUMBIA - November is Homeless Youth Awareness Month and two organizations teamed up to educate the community in a fun way.

The Columbia Parks and Recreation Department and the Columbia Rainbow House hosted the 4th annual dodgeball tournament to raise awareness on homeless youth.

The tournament was split up into two leagues: competitive and recreational. 15 teams, including one from St. Louis and one from Chicago, battled out for a good cause.

Mark Kirchhoff, the outreach case manager for the homeless youth program at Rainbow House, said events like the dodgeball tournament are helpful for bringing the community together to raise awareness for an important issue.

"I think these events help bring everybody together to chip away the stigma that is behind homelessness," Kirchhoff said. "It's a vital part of being a member of a community."

Kirchhoff said this year's tournament was a big success.

"We have a great number of people out here, and I think every year it gotten bigger and more successful," Kirchhoff said. "We have teams that are very competitive."

Kirchhoff also said his favorite part of the tournament is getting to educate community members individually.

"Despite the fact that it is a fun event, we do a lot of individual awareness," Kirchhoff said. "I enjoy raising awareness on what we do and what we are able to do in the community."