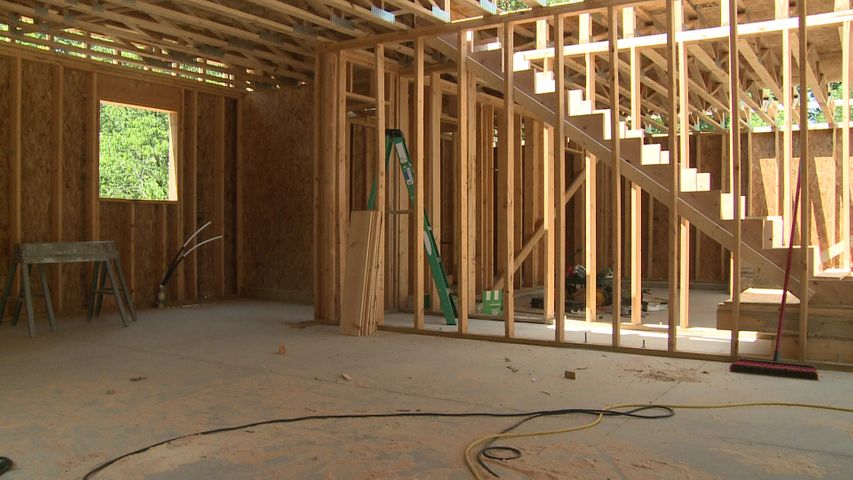 COLUMBIA - If you're looking to snatch up a cheap piece of real estate in the Columbia area, you better act fast. Back in 2006 when the housing market was at its peak, developers bought a lot of parcels for development, but when lots lost their values in the recession, some of those developments went into foreclosure. Weichert Realtors Owner Jason Thornhill said, "When those developments go back to the bank, ultimately it winds up resulting in lots that are discounted because the banks don't want to carry that inventory."

Going forward, homebuyers should expect to pay more for housing. However, many buyers are already stretching themselves financially. R. Anthony Development Group President Rob Wolverton said, "Home buyers can only spend a limited amount of money to buy a home, so just because the price goes up $15-20 thousand does not mean that the end home buyers has the ability to spend $15-20 thousand more."

As a result, Wolverton said developers and builders will have to come up with designs that are economical to build to help buyers get homes they like without pushing their budgets to the limit so that the real estate market remains stable.

However, buyers have gotten smarter. Flat Branch Mortgage banker Shawn Von Talge said, "The majority of your home buyers have become fiscally responsible and are no longer pushing the upper limits of what guidelines allow."

Von Talge also said that housing prices gradually going up is a plus for the economy. "If you have property values that are sustaining or going up, as long as they aren't going up at levels seen in the past, then that's a good thing."