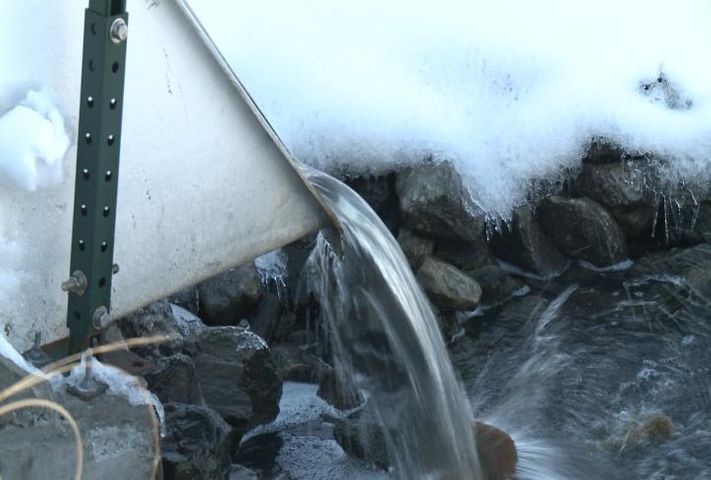 COLUMBIA - The City of Columbia is reducing pollution from stormwater runoff on one of its industrial properties thanks to a grant it received from the Environmental Protection Agency (EPA).

The 319 Grant is a three-year project that started in 2011 at the Columbia Public Works' Grissum Building and power plant properties. All of the stormwater features installed for the first phase of the project are complete, including:

2. Bio-swales that retain runoff from the parking lot

3. A bioretention pond that collects and slowly releases stormwater

4. A step pool system that slows the water down and allows pollutants to settle out

Columbia Public Works said this project is a way for the city to lead by example.

"We're asking new developments to install these different kinds of features and so we want to show in good faith that we're also interested in doing this work on our own sites," said Erin Keys, an engineer for Columbia Public Works.

Keys added the location chosen for the project was perfect because, as a city property, city employees involved in the grant had more control over the project and could see the impact the stormwater features have on an industrial site.

Nicholas McSwain, a stormwater utility equipment operator, was one city employee involved in the first phase of the project. He said it has taught some of his fellow employees about stormwater.

"The awareness of employees here, that would otherwise be kind of unaware of what the stormwater system is and what it does or how it functions, are becoming more educated and treating it with a bit more respect," McSwain said.

He added that the project is important to show Columbia residents how reducing stormwater runoff benefits everyone.

"People would be able to enjoy their streams better, you know, fish, play and swim in the stream and everything," McSwain said.

The site will soon undergo phase two of the grant with an underground detention area covered in porous PaveDrain pavement that soaks in stormwater. Underneath the pavement, water tanks will hold the stormwater so it is slowly released, free of pollutants. That project is expected to be completed by this summer.

The total cost of these urban stormwater projects is almost $465,000 with the 319 grant covering nearly half of that cost.