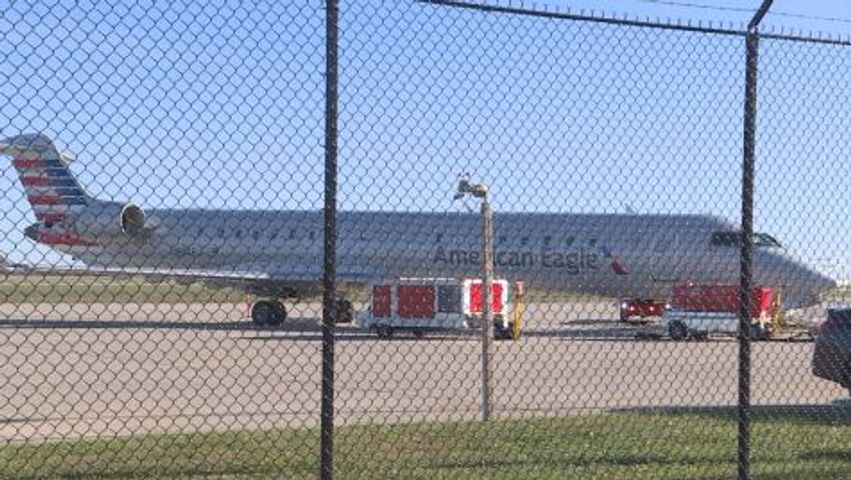 COLUMBIA - With the holiday season upon us, more people will be traveling, and Columbia Regional Airport announced another way you can get across the country.

City Manager Mike Matthes announced American Airlines will be providing a third flight to Dallas, Texas from COU, starting in February. Tickets for the new 7:10 p.m. flight can be purchased starting Monday, November 20.

Airport Manager Mike Parks said the flights will drop passengers off at Dallas Fort Worth International airport and then pick up more passengers to bring back to Columbia.

He announced the new flight at the dedication Monday morning for the reopening of runway 13-31.

The old runway could only support light general aviation, and the renovated runway is now wider by 25 feet and longer by 1,100 feet. A full length taxiway was also added, and the asphalt surface has been replaced with concrete.

"That allowed for larger aircraft such as our commercial aircraft to be able to utilize the cross wind runway when the prevailing winds support that," Parks said.

Runway 13-31 is reserved as a cross wind runway and will give commercial aircraft more options to land when winds are not from the prevailing direction. The new runway can hold an 81,000 pound dual wheel aircraft and an 135,000 pound dual tandem aircraft, compared to the old runway which could hold 12,500 pounds.

Matthes said the renovations are part of the 2009 Airport Master Plan.

"This $12 million investment in the infrastructure serves really safer operations, and that's the primary purpose," he said.

Matthes said COU has exceeded 70,000 passengers so far this year.

"We still have two months left to count for the year and the outlook is looking great, we are setting records every month," Parks said.

Matthes said the airport has more usage in a month this year than it did in an entire year in 2009.

"I think what that shows is the support from the Mid-Missouri area for the airport in general," Parks said. "We have great destinations, great connections, people now realize the benefits of free parking steps away from the front door, short security lines."