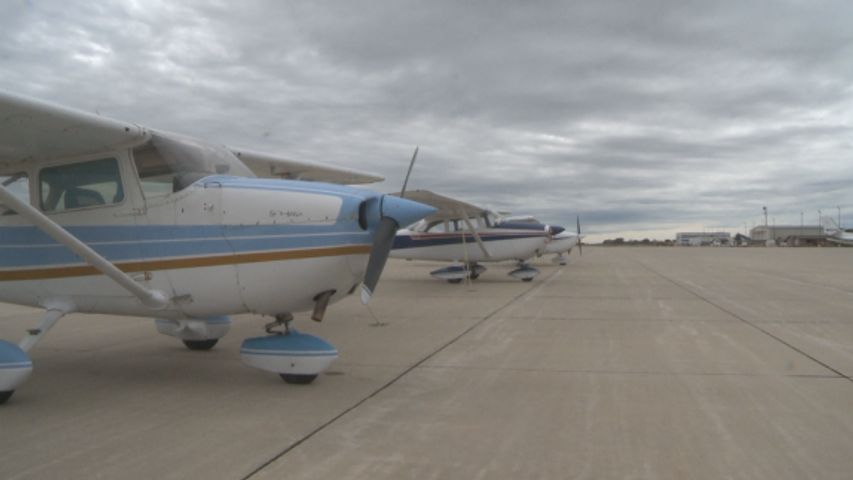 The Federal Aviation Administration (FAA) is funding the grant, which will cover 90 percent of the project.

"Runway 13-31 is original to the airport. It's never been through any improvement process, so it's almost 50 years old now. It's simply not capable of handling the type of aircrafts that are around today," Columbia Community Relations Director Steven Sapp.

Improvements to runway 13-31 include changing it from asphalt to concrete, lengthening it from 4,400 feet to 5,500 feet, and widening it from 75 feet to 100 feet. The money will also fund the installation of a new taxiway and a new lighting system for the renovated runway.

"We are improving the safety by moving the runway slightly to the south and east, so when planes are down on the south end of the main runway, runway 2-20, they now have a clear line of sight of all traffic that is on 13-31, whereas before that was blocked by some of the hangers and so forth," Sapp said.

Runway 13-31 is a cross-wind runway, which means the typical air gust blows perpendicular to the runway. However, when the winds changes and travels parallel to runway 13-31, that's when it gets used.

"The cross-wind runways are important at airports are important because, oftentimes, depending on wind speed, direction, humidity, temperature, air frame and engine size on an aircraft, depending on what direction the wind is out of, they need to line up differently than east, west, north, south," Sapp said.

COU was awarded a different grant from the FAA last year to realign Rangeline Road on the eastern border of the airport. The renovation was completed in August and gave the necessary room for the runway to be extended.

"As we continue to improve our infrastructure, the future of COU as an economic engine and tourism generator will continue to grow," said Stacey Button, Director of Economic Development, in a statement.

Ten percent of the project's cost is not covered by the grant. That portion will be paid for by a local transportation tax the city has been saving up for the last several years.

The project is set to start sometime later in the fall and will be complete by summer 2017.