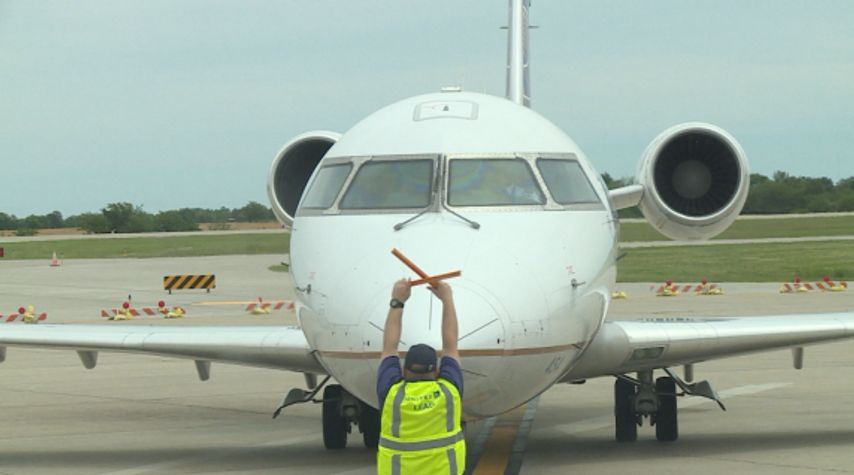 COLUMBIA - Columbia Regional Airport and United Airlines aren't saying much about an unusual, and lucrative, issue Sunday, but passengers are being vocal.

United Airlines offered vouchers worth $2,100 to customers who were willing to give up their seat on flight 5269 to Denver on Sunday.

The airline requested 10 customers give up their seats in order to "accommodate weight restrictions due to weather and runway availability," United said.

According to flight 5269 passenger Jeff Kerridge, United offered $500 vouchers for 10 customers, but when nobody volunteered, the offer grew to $2,100.

Columbia resident Kevin Mills, who was at the airport for a flight Monday, said, "I'd have probably taken it at $500, but $2,100 is an awful lot to miss my flight."

Mills said he thinks the weight restrictions stem from being on a backup runway, while the airport's main taxiway is closed.

The city, which manages the airport, said Sunday's situation was strictly on the airline and was not an airport issue.

While many people said the voucher worked for them, California resident Socrates Francis disagrees.

"I'd stick with my flight. I've got to work the next day, so offer me credit for a different flight, it doesn't matter. I've got to get back home," he said.

It has been 50 days since the airport closed it's main runway. It is scheduled to be repaired and useable by mid-June.