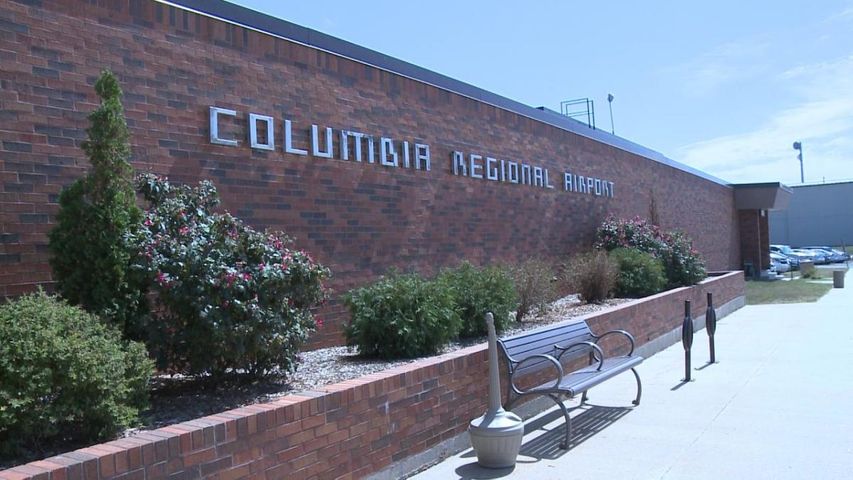 Cecil said flights to Chicago are one of the most profitable flights that American has. He also said an early morning flight would be tremendously beneficial to everyone in Columbia and the surrounding areas.

"A number of folks do business in Chicago so this would enable them to catch an early morning flight, conduct business, come back to Columbia that evening, or they could connect with other flights going various places around the country or the world, Cecil said. "Chicago is the major hub for American so this is a real big plus for us."

The consordum of people that put the funding together for the original project would cover the costs of adding another flight to Chicago and it would not have to come out of the revenue guarantee. Cecil said it is more of a backstop for American. According to Cecil, the airport has paid $20,000. Manhattan and Kansas did a program similar to this one and they had to pay $180,000.

"So far everything has been very, very successful with American," Cecil said. "We are very pleased with our relationship. They are doing some things with the athletic department over at the university. We have not had that kind of participation with an airline before, so that is very positive. They are also working with some of the local restaurants where you can get American Airline points."

Adding a morning flight to Chicago would not only benefit Columbia residents.

"The folks out of Columbia only represent half of the equation," Cecil said. "There are a plane load of people trying to get in Columbia, so having another flight early in the morning would allow someone to arrive in Chicago late at night and then they can catch an early flight into Columbia, and that would really be beneficial for them."

Cecil said American is on board with the plan, but it has to be approved by Columbia City Council.

"It is my hope that they will [approve the plan]," Cecil said. "This is in line with the strategic plan of Columbia Regional Airport and that is something that the airport board has endorsed, and this is just another step in that process, so hopefully the city council approves. "

Cecil said one of the things that is really important for Columbia is to be able to be a destination for people that only have one stop. He said, for example, if someone comes in from Europe and they land in Chicago the next stop is Columbia they would not have to change planes a bunch of times.

"I hope that Delta comes back, and I think that that is an important component to our SEC relationship," Cecil said. "I think that it is going to be important for us to have flights to Atlanta. We are interested in having more than one airline, certainly we do not want to damage our relationship with American, but maybe Frontier might come back too."

The goal is to have two planes at the airport overnight so they will be able to leave early in the morning. Cecil said the flight would leave between 6-7 a.m.

"It is my understanding that the flight back from Chicago will be late afternoon, evening so that's going to be a real plus because if someone justs goes to Chicago and they want to get back the same day then they have that flexibility of getting back to Columbia."

Cecil said city council should vote on the issue at one of the upcoming meetings. He is expecting them to vote in favor of a morning flight. If so, the flights will begin in February.