Columbia Regional closes after another plane gets stuck 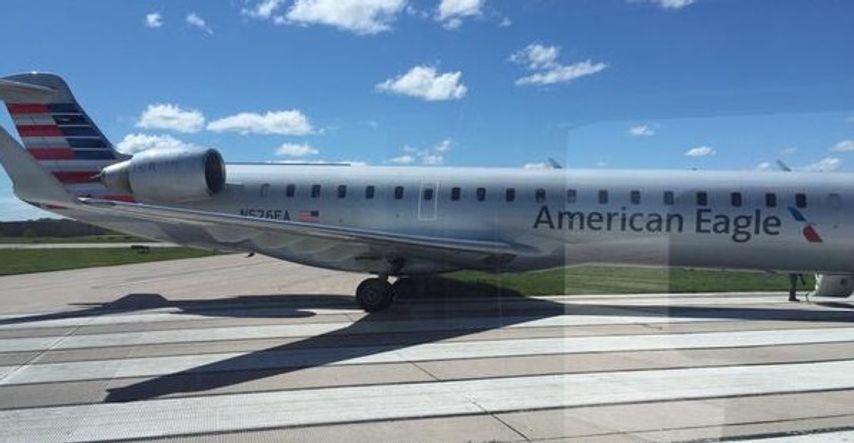 COLUMBIA - The city of Columbia said Monday Columbia Regional Airport was closed to air traffic after a second plane got stuck in a grassy area.

According to a news release, American Airlines flight 3621 was departing for Dallas/ Fort Worth shortly before 2 p.m. Monday when the left main landing gear left the taxiway and became stuck in a grassy area.

Officials said no one was injured. American Airlines officials said the aircraft was carrying 62 passengers and four crew members.

The city said due to the plane's proximity to the main runway, the airport would be closed to air traffic until the plane is removed. A news release said the plane would be removed overnight and evaluated by American Airlines maintenance.

The image to the right was captured by someone inside the plane.

This comes after an identical American Airlines plane got stuck in the mud in April. No one was injured. American said it reviewed the incident.

Ticketed passengers for flights Monday evening and Tuesday May 12 are asked to contact American Airlines Reservations at 800-433-7300.

Columbia Regional said in a press release it would issue an update when the airport reopens to air traffic.

[Editor's note: This story has been updated to fix a misspelling and correct the flight number and destination of the flight involved. An original news release said the flight was American Airlines flight 3305 to Chicago O'Hare.]