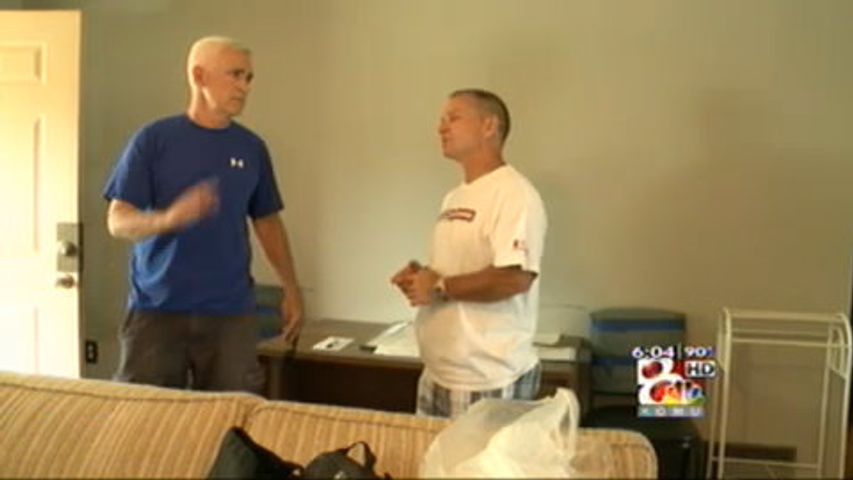 COLUMBIA - "In Missouri 200,000 people are released from prison a year. That's 400 a week," said Daniel Hanneken, the director of the rehabilitation center In2Action."If we don't help them out who will?"

In2Action is a Christian prison rehabilitation center that currently houses 8 men who have been through the prison system. But it is not your typical center.

"We want to be in a residential neighborhood we want to replicate home living as much as possible," said Hanneken. "We don't want them to come back to an institute, agency, or a center. We want this to be home."

Establishing a transitional home or halfway home in a residential area can be difficult.

"The biggest challenge of starting something like this is the community resistance," said Hanneken. "Community members don't want anything to do with it and the ones [neighborhoods] that don't object aren't necessarily the ones that you want to put a transition house in. So this is kind of the middle of the road."

The Phoenix Programs, formally known as the Phoenix House, specializes in substance abuse treatment after incarceration.

"Treatment does work, it's a way to wrap your arm around them and give them support. If we do not support them we allow them to fail all over again," said Bowles.

Bowls says without rehab centers there is a greater chance of going back to prison.

Ex-offender Andrew Barbee said opportunities like this saved his life.

"I was referred to In2Action through the Phoenix Programs and I have lived there for three months," said Barbee. "It's been amazing so far, because I have been kept accountable. They make sure we stay true to our five year goal, and don't allow us to waste a day."

Hanneken said living in the house is not a free ride, it is a way to become self-sufficient, Christian, law-abiding citizens.

"First it is important that the men that come In2Action have a desire to live a Christian life. They must also get jobs but most of them come in with the desire to get a job anyway. They have an eleven o' clock curfew on weekdays and midnight curfew on weekends. We want these men to learn responsibility. They even pay rent," said Hanneken.

Not all of the men at In2Action are currently employed, so Hanneken said they receive funding from various resources.

"During the initial start up, funding was from churches and individuals that believed in what we were doing," said Hanneken. "But in addition to that we have a few grants. We are still in our first year so for the future, we have a few grant applications pending, and a few more that need to be written but our goal is to be fully sustainable without grants or government spending."

Hanneken said he would prefer to use any grants to expand services or start a transition work program.

Since Barbee has been out of prison he said he has been heavily involved in community service, church and recovery. He has been able to find three jobs in the past three months through referrals and support.

"We have actually been able to give back to the community which is awesome. My favorite thing to do is helping people move who do not have the miens," said Barbee.

Prevention specialist Heather Harlan said sometimes treatment results in success stories and other times it does not work because of old teaching methods.

"A lot of rehab enters are focused on the 12-step programs," said Harlan. "12-step programs are good, but how much do they really work?  We like to focus on evidence based research."

"There was a grant we received in 2005 and it forced us to follow-up with our patients. We have not had that grant for some time now but it is a commitment here to check up on each client after they leave our program," said Harlan.

Barbee still faithfully participates in the Phoenix Programs as well as In2Action. He said he could not have done it without the help.

"They gave me an opportunity to prove myself," said Barbee. "That's something a lot of people did not care to give me."

Hanneken teaches a Delinquency, Corrections and Social Treatment class at the University of Missouri and he said he sees the same trend every year.

"I always ask my students how many of you know someone or have been in prison before; eighty percent of people always raise their hands, so this affects more people than we know," said Hanneken.

"From personal experience, I believe most [ex offenders] want to live law abiding life. We know that people who leave from prison pose a risk to society so by helping them live law-abiding lives we are also making our society safer. We are concerned about the individual and the society.

For more information about In2Action or the Phoenix Programs visit their website.