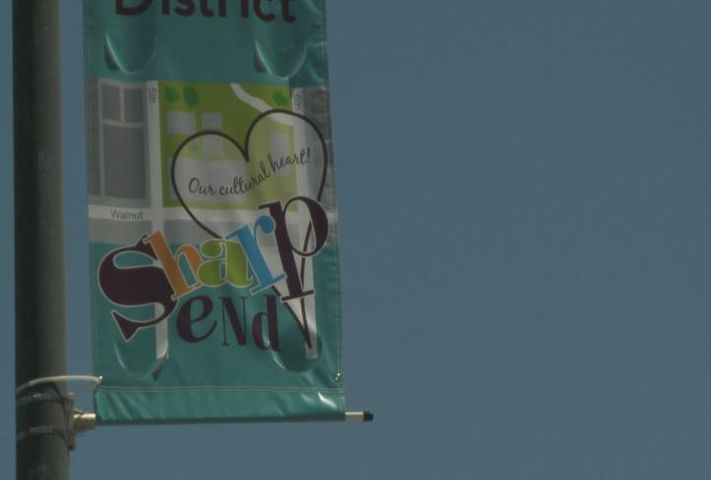 COLUMBIA - A historic part of downtown Columbia will be remembered through a dedication ceremony Tuesday.

Sharp End was located between Fifth and Sixth streets on Walnut Street and was home to numerous black-owned businesses for more than 50 years.

Columbia Civic Relations Officer Toni Messina said the area "was a place where black-owned businesses could cater to the black people in Columbia, primarily adults."

Messina said there were pool halls, places to eat and drink, rental properties and barbershops in the area. She said from talking to people who remembered the area, it was a place mostly for adults, and kids were only allowed if they were with their parents or had their parents' permission.

Sharp End was known around the country as a center of culture, entertainment and business for black life.

Messina said the area disappeared during urban renewal, a national movement in the late 1950s through the 1960s focused on improving neighborhoods.

"Now, improving tended to mean people were relocated or buildings were demolished or maybe even both," she said. "When you do that, then an area that once had people and buildings loses that vibrancy."

Jim Whitt is the Sharp End Heritage Committee Chair, and he said it's important for the community to know about the cultural heritage of Columbia.

A dedication ceremony will be held from 5:30 p.m. to 6:15 p.m. on Walnut Street where a large historical marker commemorating Sharp End will be unveiled.

Messina said the marker has been covered so it can be revealed to surprise people at the event.

During the ceremony, Whitt said there will be city and state representatives, as well as family members whose parents and grandparents owned businesses in the area during its heyday.

A public reception will be held after the ceremony starting at 6:30 in City Hall. It will include refreshments and a display honoring Sharp End's history.

Walnut Street between Fifth and Sixth streets will be closed to traffic Tuesday from 4 p.m. to 8 p.m.