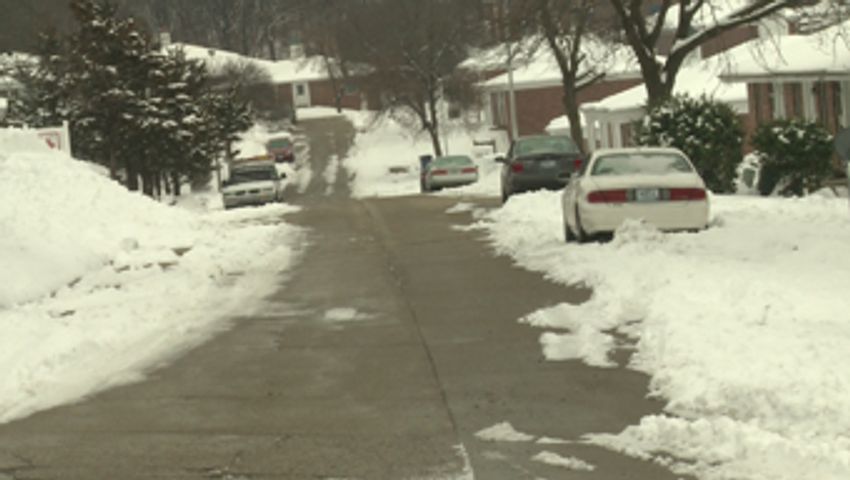 Less than half of property owners always clear their sidewalks of snow and ice, according to the Office of Neighborhood Services.

COLUMBIA - When winter weather hits, snow plows shoudn't be the only ones clearing ice and snow. In several cities, including Columbia and Jefferson City, codes of ordinances require residents or property owners to reduce the buildup of ice and snow on sidewalks adjacent to their buildings.

Neighborhood Services Manager, Leigh Kottwitz, said clear sidewalks are important for all pedestrians, such as children who walk to school and adults who walk to work. But, they're especially needed for older people and those with disabilities who might have a harder time getting around.

Columbia resident Alan Rainwater uses a motorized wheelchair. He said he and other people in wheelchairs typically avoid going outside in winter unless someone can drive them where they need to go.

"There's no chance of getting around in the snow because the sidewalks are not completely cleared," Rainwater said. "You wish you had chains on your wheelchair tires."

Kottwitz said snow plows sometimes pile snow back onto the sidewalks after people have cleared them. But more often, she said, people don't remove snow at all.

"We have a climate where, when we get ice and snow, it tends not to stick around for very long, and so I think that means a lot of our residents—and this is understandable—look at the forecast and they know that it's going to warm up, and the snow and ice is going to go away," she said.

Rainwater said that still causes problems, because the ice and snow turns to slush, which creates mud, and people in wheelchairs can get stuck outside in the cold.

Kottwitz said fewer than half of residents shovel their sidewalks.

"It is such a prevalent issue that we don't have staff that go out and look for these violations," Kottwitz said. "We rely on citizens to tell us when there's an area that's not clear."

After receiving complaints, the city mails notices to offenders reminding them of the ordinances. Kottwitz said staff are mostly focused on high traffic areas, such as routes to schools and businesses. The city recently sent notices to 100 property owners who had violated the ordinance in the last three years.

"The city does not have a history of prosecuting property owners or renters for not clearing their sidewalk, but I anticipate this may be the year when we refer some cases to prosecution," she said.

According to the city code, people who don't clear their sidewalks of snow and ice can receive a misdemeanor or up to a $500 fine per day.

Services for Independent Living is always looking for volunteers to be "snow angels" and help remove snow and ice from sidewalks of people who are unable to do so themselves.

"It would be great if we have folks, even in an informal basis, help their neighbor, help others in need to keep our sidewalks clear," Kottwitz said.