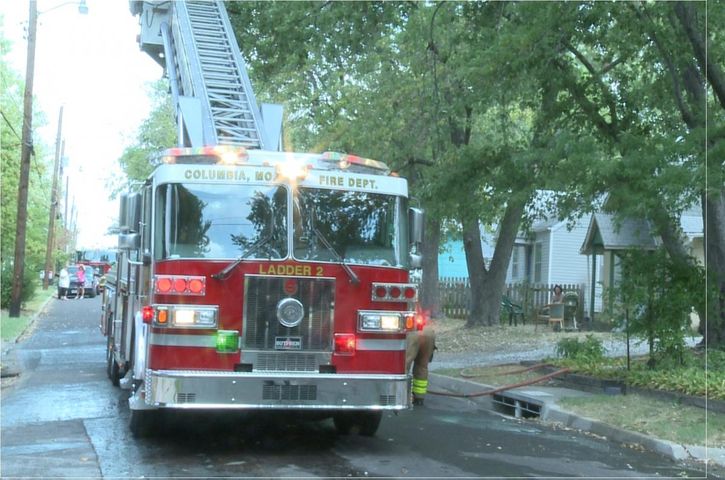 COLUMBIA — The Columbia Fire Department responded to a residential structure fire at 10:22 a.m. Saturday on Hirth Avenue in Columbia.

Real-Time 911 Fire and Rescue Dispatch stated 14 emergency units responded to the fire. It took 30 minutes to extinguish the fire.

Melissa Bass, the homeowner, and her daughter Carey were in the back of the house when all of a sudden they heard what sounded like a firecracker. John Metz, Columbia Fire's Public Information Officer, told KOMU that the homeowner broke the window in the heat of the moment to get her and her daughter out of the residence.

Bass said that she thought it would be faster to break the front window than to exit through the front door.

A neighbor came over to make sure the family was OK, and that is when they contacted the officials and Bass' husband Richard Bass.

Metz said that the house is uninhabitable.

Columbia Fire told KOMU that nobody on the scene had an injury.

Columbia Assistant Fire Marshal Lt. Brian Davison investigated the fire and determined the fire started as a result of an improperly discarded cigarette. Damage to the structure and contents is estimated at $65,000. The home is uninhabitable and the American Red Cross is providing assistance. The homeowner stated they have insurance on the building.

Firefighters remained on the scene for approximately three hours overhauling the fire damage. The homeowner stated the family had a cat but she believes the cat was outside at the time of the fire.